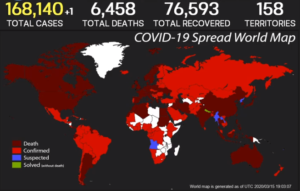 Five weeks after SA-News called for flights to SA to be restricted, the global CoronoVirus death rate shot past 6,400. Ramaphosa conducted consultations on Sunday with key stakeholders who will be impacted by #CoronaVirusSA during a special Cabinet meeting. He subsequently addressed the nation outlining their plans to cope with the pending disaster. He declared a national state of disaster in terms of the Disaster Management Act.
END_OF_DOCUMENT_TOKEN_TO_BE_REPLACED 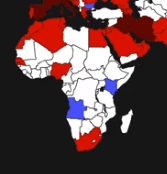 A 38 year old man who returned from Italy with his wife, in a tour group of 10, on March 1, has tested positive for CoronaVirus. The patient and doctor are self isolating.
END_OF_DOCUMENT_TOKEN_TO_BE_REPLACED 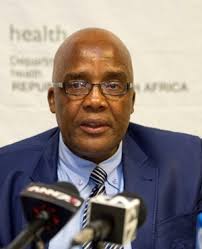 Eight months after it began, South Africa’s listeriosis outbreak – the largest the world had ever seen – is officially over. But the nation’s alleged spate of “fake food”? Well, that may have been more hype than fact, Health Minister Aaron Motsoaledi revealed at a Pretoria press conference on Monday.

The foodborne bacteria, which can thrive in cold meats and unpasteurised dairy products, had claimed at least 218 lives as of July, according to the National Institute for Communicable Diseases statistics (NICD). The NICD eventually discovered the bug at 158 factories, all but nine of which were visited by health inspectors. Ultimately, more than 12,000 tons of food were recalled and destroyed, Motsoaledi said. 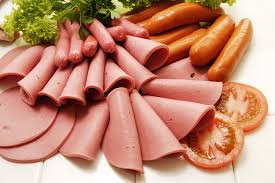 Grocery stores have been given the green light to once again stock processed meat on shelves and pack them in lunch boxes. This comes almost six months after polony and other ready-to-eat processed meats were declared no-go areas by the Department of Health.

“A team of World Health Organisation (WHO) international and local experts [have] agreed that because no cases of listeriosis due to the outbreak strain have been identified since the first week of June 2018 and that over the last two months the incidence rate of laboratory-confirmed listeriosis cases has dropped to pre-outbreak levels, the outbreak of listeriosis is over,” said Health Minister Aaron Motsoaledi.

While processed meats were officially given the clear at a media briefing on Monday, Motsoaledi warned the public that listeria is still a reality.