Planning to fail: Having pocketed millions, if not billions, by plundering Eskom in all sorts of ways through a variety of tender companies and who knows what else, it seems Cyril and The ANC have finally realised the Medupi & Kusile projects have bled dry, and are now looking for new ways to employ (steal) taxpayers money, to continue bleeding them dry… yet another new huge expensive project with new tenders, contracts, bribes & kickbacks. It is the same all over South Africa, build a new school, extort tenders, contracts, bribes & kickbacks. Then burn it down and steal more from the taxpayer by building another school with more tenders, contracts, bribes and kickbacks. The African Way.
END_OF_DOCUMENT_TOKEN_TO_BE_REPLACED 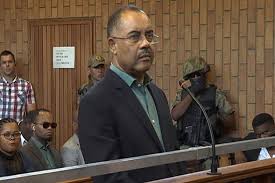 South Africa said Tuesday it would send home former Mozambique finance minister Manuel Chang, who has been held since December on a US arrest warrant, to face corruption charges. “I have decided that the accused, Mr Manuel Chang, will be extradited to stand trial for his alleged offences in Mozambique,” South African Justice Minister Michael..
END_OF_DOCUMENT_TOKEN_TO_BE_REPLACED 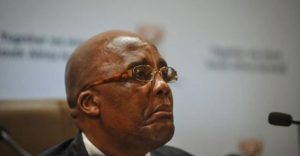 A report in Sunday Times reveals that a furious Health Minister Aaron Motsoaledi has uncovered possibly one of the greatest scams of state funds in South African history.

According to the paper, government is investigating collusion between people suing government hospitals for malpractice and state attorneys who either settle cases that have no merit whatsoever or defend the cases so badly that they invariably lose.

Estimates put the cost at more than R80 billion in a large-scale scam that began at least six years ago and is concentrated on hospitals in the Eastern Cape – although the practice occurs nationwide.