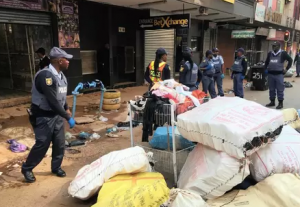 Gauteng police have arrested seven of their own for corruption and defeating the ends of justice for allegedly attempting to resell confiscated goods to illegal traders. Police spokeswoman Brig Mathapelo Peters said a Warrant Officer and four Constables were arrested at the Johannesburg Central police station after trying to resell goods confiscated from the Okae..
END_OF_DOCUMENT_TOKEN_TO_BE_REPLACED

The Hawks, a Tactical Response Team and the Local Crime Unit arrested a traffic officer and a driving school owner who issued illegal learners and driver licenses since 2014. The two used the traffic offices in Prieska over weekends to “sell” the licenses. Both will soon appear in the court in Prieska. Read the original..
END_OF_DOCUMENT_TOKEN_TO_BE_REPLACED

The Hawks have arrested six officials for alleged fraud and corruption relating to the awarding of tenders at the Northern Cape Department of Health.

The six, aged between 39 and 50, were arrested in various places, including Johannesburg, Bloemfontein and Kimberley on Tuesday in a joint operation with the assistance of the Tactical Response Team.

“The arrest of the suspects follows allegations of gross irregularities in the awarding of various infrastructure tenders without following due processes between 2013 and 2016 at the Northern Cape Department of Health.

“At least R11m was allegedly shared amongst six companies attached to the six suspects to procure medical equipment,” the
END_OF_DOCUMENT_TOKEN_TO_BE_REPLACED 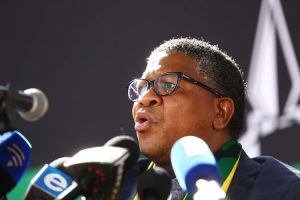 Police Minister Fikile Mbalula believes that more specialised units‚ such as the relaunched Tactical Response Team‚ are required to deal with crime in South Africa. Mbalula was speaking at a stakeholder discussion in Cape Town on Wednesday to unpack the newly released annual crime statistics report. “The statistics tell me that we need to build..
END_OF_DOCUMENT_TOKEN_TO_BE_REPLACED