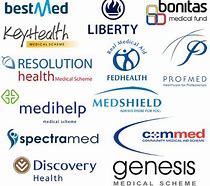 Although it has become a common practice for medical schemes to adjust their rates upwards every year, there are concerns that they will increase significantly for 2020. Medical costs in South Africa have skyrocketed while the state hospitals are in chaos and no one can dare to be admitted. The problems of those who do..
END_OF_DOCUMENT_TOKEN_TO_BE_REPLACED 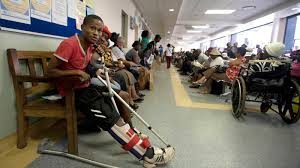 Directives recently issued by the national and Gauteng health departments requiring foreign nationals to pay in full for healthcare at public facilities weren’t only a threat to public health, they may have been downright illegal.

Walk into a public hospital, and you may be asked to fill out a form stating just how much you earn. That’s because many services in the public sector are billed for on a sliding scale based on a means test: You pay what you can for the treatment you need. At least in theory.

In mid-January, a national health department circular reportedly instructed clinics and hospitals to begin billing foreign nationals the full rate for public health services. Low-income refugees, the memo said, would be the sole exception and would be means tested, Business Day reported.

Only Gauteng passed these instructions onto its clinics and hospitals, specifying that all non-South Africans other than documented refugees should be charged full fees for
END_OF_DOCUMENT_TOKEN_TO_BE_REPLACED 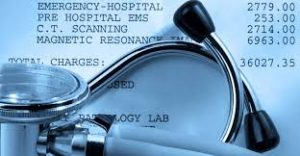 Money’s tight for everyone – whether you have a medical scheme, a hospital plan, or nothing. Here’s how to get the necessary treatment without breaking the bank.

Money’s tight for most people at the moment. Everyone’s cutting corners and cutting down on things that are thought not to be essential.

And what’s more medical schemes in SA are said to be five times more expensive than elsewhere in the world, when purchasing power is taken into consideration.

The cost of private medical care has been higher than the normal inflation rate for the last few years. A comprehensive medical scheme just for yourself could easily put you back between 10% and 20% of your income every month. Many people are scaling down to a hospital plan to save money, and many others are simply doing without a medical scheme of any kind – and hoping for the best. 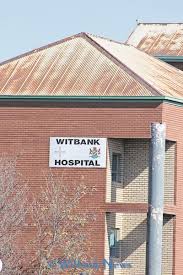 Mrs Kerns had been vomiting uncontrollably for three days by the time she eventually made her way to seek medical assistance.

Mrs Kerns had been vomiting uncontrollably for three days by the time she eventually made her way to seek medical assistance.

An ambulance had to be called to transport Mrs Kerns to the hospital due to her frailty.

Nearly exactly 12 hours after Mrs Kerns had arrived at Witbank Provincial Hospital, at approximately 04:00, she was finally able to see a doctor.

“The ambulance that took her to hospital was in a terrible state,” Mrs Coombs, Mrs Kerns’s daughter, explained; “the doors didn’t close. They’d apparently been kicked off of their hinges by a previous patient. The stretcher was also problematic as it wasn’t very manoeuvrable and lead to us having to shuffle my mother around the house to get her to
END_OF_DOCUMENT_TOKEN_TO_BE_REPLACED 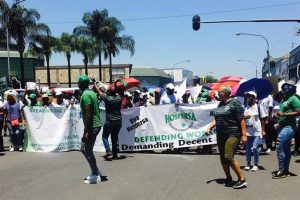 “No jobs, no vote,” shouted disgruntled nurses who marched to the provincial health department in Pietermaritzburg.

Hundreds of nurses carried placards and handed over a memorandum demanding that unemployed nurses be employed by the KwaZulu-Natal Department of Health. Nurses from the Health and Other Service Personnel Trade Union of South Africa (HOSPERSA) were part of the march.

The marchers said there were 15,000 unemployed nurses in KZN and 40,000 vacancies for nurses nationwide, according to a “study”.

But when GroundUp asked the provincial chairperson of HOSPERSA, Thamsanqa Zondi, the source of these figures, he said the figures were estimates and should not be used by the media. He said the union did not have a copy of the study.

United Nurses Forum president Bhekithemba Gumbi said nothing had changed. Quoting the same figures, he said there was
END_OF_DOCUMENT_TOKEN_TO_BE_REPLACED

Life St George’s Hospital in Port Elizabeth has launched an internal investigation after the grandson of one of its patients posted photos of his grandfather soaked in urine and blood with “not one nurse to help him”.

This was despite the hospital knowing the elderly man needed 24-hour care for which he was signed up for, Jason Gordon wrote in a Facebook post on Tuesday.

His grandfather was blind and suffered from dementia.

“This is not the first time I have visited him after work to find something wrong. The first time they had inserted his drip incorrectly. It took more than 3 days for the swelling to go down,” Gordon wrote.

“This is not the kind of care I would expect when you pay so much for medical aid; this kind of thing should not be acceptable in any state or private hospital. You would expect people in the medical profession to be compassionate and want to make sure their patients are comfortable, not leaving them in an embarrassing and unhealthy s
END_OF_DOCUMENT_TOKEN_TO_BE_REPLACED 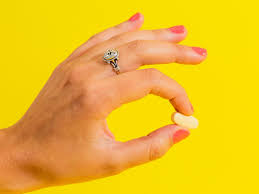 Backed by big name investors like Novartis, Proteus debuted the first medication made with the technology – a form of the depression and schizophrenia drug Abilify – in 2017.

Now, Proteus is expanding into cancer.

Still, the research on whether the pills actually help patients take their medications when they should remains somewhat unclear.

Would a notification from your doctor as soon as you forget to take your medication help keep you on track?

A digital medicine company called Proteus is betting the answer is yes.

The Silicon Valley-based company makes what have been called “smart pills”: essentially, versions of regular medications embedded with a tiny sensor that can be tracked by a patch worn on a patient’s stomach.

Since debuting the first medication made with t
END_OF_DOCUMENT_TOKEN_TO_BE_REPLACED 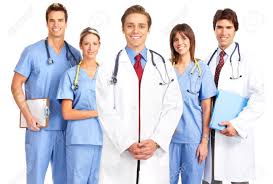 It’s the age of austerity and it’s bad news for doctors, nurses and patients alike — unless the state can do more with less.

Almost 200 posts for doctors and specialists remain unfilled at Gauteng’s four academic hospitals — and many of these posts are likely to remain empty, the health department says.

Hospitals were first informed about this via an April circular sent to hospitals.

“Doctors [now] have a much greater doctor to patient ratio. If you have more patients, what you can give in terms of time, facilities and resources to each patient is much
END_OF_DOCUMENT_TOKEN_TO_BE_REPLACED 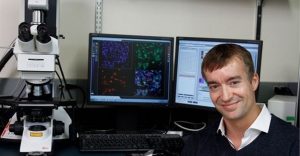 If you step on a tack, neurons in your brain will register two things: that there’s a piercing physical sensation in your foot, and that it’s not pleasant. Now, a team of scientists at Stanford University has identified a bundle of brain cells in mice responsible for the latter – that is, the negative emotions of pain.

Pain research has traditionally focused on the neurons and molecules at the frontline of pain perception — the cells in nerves that process stings, cuts, burns and the like — and ultimately convey a physical threat message. What Dr Grégory Scherrer, assistant professor of anesthesiology and of neurosurgery, and Dr Mark Schnitzer, associate professor of biology and of applied physics, are studying goes one step further. “We’re looking at what the brain makes of that information,” Scherrer said. “While painful stimuli are detected by nerves, this information doesn’t mean anything emotionally until it reaches the brain, so we set out to find
END_OF_DOCUMENT_TOKEN_TO_BE_REPLACED 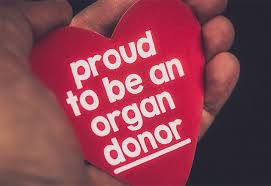 At any given time, there are around 4,300 people waiting for organ donations in South Africa. These patients usually need new livers, kidneys, lungs or hearts. But organ donors are in very short supply.

This isn’t unique to South Africa. Many countries around the world are unable to meet the demand for donor organs. There are a few exceptions, though. One example is Norway, where a surplus of deceased donor livers has been reported.

Religious and cultural beliefs play a role, because they influence the decisions people make about the remains of their loved ones. Sometimes families prefer that a relative’s body remain whole and intact; in other cases it’s considered important to bury a person within a certain time frame. But attributing the shortages to these factors alone grossly oversimplifies the issue, as research has shown.

There are many complex elements that keep donor num
END_OF_DOCUMENT_TOKEN_TO_BE_REPLACED 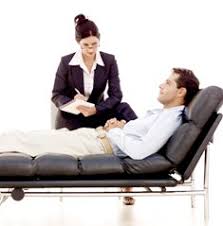 The psychiatric profession should play a greater role in advocating for patients’ rights and improving management of mental health in the public sector after a series of recent tragedies that highlighted the neglect of mental healthcare in South Africa.

Professor Bonga Chiliza, incoming South African Society of Psychiatrists (Sasop) president, says the deaths of 144 patients in the now-notorious Life Esidimeni tragedy; allegations of abuse and human rights violations at the Tower Psychiatric Hospital in the Eastern Cape; and the suicide of UCT Health Sciences Dean Prof Bongani Mayosi following his battle with depression all point to need for better management of public sector psychiatry

Therefore, the organisation will ramp up its lobbying for mental healthcare to be allocated an equitable share of the national health budget. Chiliza says Sasop would also be doing more to encourage medical students to specialise in psychiatry, in order to grow the numbers of qual
END_OF_DOCUMENT_TOKEN_TO_BE_REPLACED 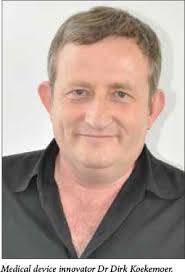 Portable medical technology makes it possible to take primary healthcare to low-income populations that frequently have a disproportionate burden of ill health.

It allows mobile clinics and screening days to take healthcare services to schools and local communities that would ordinarily not have access.

Instead of expecting patients to travel to static clinics, they can be screened and diagnosed on the spot and receive preventive healthcare where they are, rather than incurring travel costs or having to take time off work. ”The South African medical environment is still in the early stages of adopting mobile solutions to preventive screening and healthcare.

“Screening for common health issues like loss of hearing or vision helps to avoid a heavier cost burden on constrained healthcare resources once the diagnosed conditions worsen,” says Dr Dirk Koekemoer, founder and CEO of eMoyo. “But this approach, when effectively managed through a collaboration betwe
END_OF_DOCUMENT_TOKEN_TO_BE_REPLACED 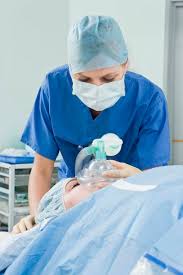 Almost one in four babies born at public hospitals come into the world via c-section but is it costing some women their lives?

For decades, Caesarean sections were a last resort for mothers and babies in distress. If you had access to this kind of procedure, you could count yourself among the world’s lucky.

At the dawn of the 21st century, rates of the procedure in almost all African regions save for the continent’s north dragged along at less than 5%, recently published research in The Lancetshows. Meanwhile, the continent was home to more than half of the 13 countries responsible for the majority of the world’s maternal deaths, World Health Organisation (WHO) data from the year 2000 shows.

At the same time, C-section rates in much of Asia and Eastern Europe hovered around 7%.

Treatment for diabetic retinopathy can be expensive, especially in low and middle-income countries such as South Africa, but a recent doctoral study at Stellenbosch University (SU) found that a relatively cheap drug called bevacizumab could be effective.

“We found that injecting bevacizumab into the eyes could help treat diabetic eye disease and prevent blindness in people living in low and middle-income countries,” says Dr Jose Fernando Arevalo, chairperson of the Department of Ophthalmology at the Bayview Medical Center in the Wilmer Eye Institute at the Johns Hopkins University School of Medicine in Baltimore in America.

Aevalo, who is also the president of the Pan-American Association of Ophthalmology, obtained his doctorate in ophthalmology at the second ceremony of SU’s December graduation.