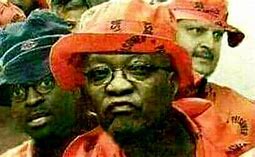 There are a number of reasons why the former president of the ANC is suddenly ill, and one is that his chances of being released from the bars are diminishing.

This is the opinion of a political analyst in Pretoria after Jacob Zuma’s lawyer informed the Zondo Commission that Zuma could not attend next week’s hearing, “because he will be sick”.

Observers point out that Schabir Shaik’s very good health was also abused to get him out of jail, which may have now given the former president a new plan.

The Zuma camp is fairly widely regarded as a group that understands the art of postponing conviction, because the Commission has confirmed that its testimony will be heard at a later stage – that is, if the man is ever healthy again and, like his old friend, is so ill that he can’t sit in jail.