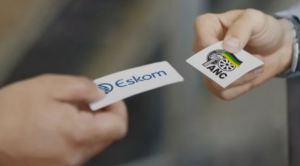 President Cyril Ramaphosa said in his recent state of the nation address that Eskom is facing serious financial, operational, and structural problems.

While Eskom has sufficient cash to meet its obligations until the end of October 2019, its financial position remains a matter of grave concern.

“For Eskom to default on its loans will cause a cross-default on its remaining debt and would have a huge impact on the already constrained fiscus,” Ramaphosa said.

Since a reliable and sustainable supply of electricity is essential to support South Africa’s economy, Eskom cannot be allowed to fail.

To support the state-owned enterprise, the government will table a Special Appropriation Bill to allocate a significant portion of the R230 billion Eskom needs.

Details about this funding have been sketchy and Ramaphosa merely said “further details will be provided by the Minister of Finance in due course”.

The City Press has now shed some light on how the government will get the money to save Eskom.

Paying for Eskom
According to the City Press, the Eskom bailout will most likely be paid for through a combination of:

Debt – in particular the issuing of extra state bonds
Approaching major multilateral institutions for loans
Tax hikes from next year
A reallocation of government expenditure
Instead of focussing on restructuring Eskom, Ramaphosa seems to have succumbed to union and political pressure with his bailout plan.

ETM Macro Advisors economist Russell Lamberti told the City Press that he expects the bailout to be between R161 billion and R184 billion.

Eskom Breakup uncertain
Economists said the continual bailout of Eskom is not sustainable and that restructuring and privatising the power utility are needed to save it.

ANC treasurer-general, Paul Mashatile, said work had already begun on breaking up Eskom, and announcements in that regard would be made soon.

Many stakeholders, however, said Ramaphosa seems to have backtracked on these plans after facing a backlash from unions and politicians.

Rapport reported that Ramaphosa’s cabinet has blocked the plan to save Eskom by breaking it into three separate entities – generation, transmission, and distribution – and getting funding from green power financiers.

BetterBond CEO Rudi Botha told Fin24 he is concerned about the president’s plans to accelerate the appropriation of the R230 billion for the Eskom bailout.

He warned that it will take more money out of the pockets of consumers, who are already under pressure.

-My Broadband
This report does not necessarily reflects the opinion of SA-news.