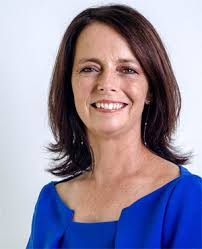 Why are foreign investors afraid to invest in South Africa? In search of answers, Briefly scoured the internet to find out why.

During a recent visit to the US, UK, Ireland and Europe, South African columnist, former ANC MP and South African Ambassador to Ireland, Melanie Verwoerd, said she had quite the eye opener about why foreign investors are not investing their money in SA.

In an in-depth column, Verwoerd listed her reasons why investors aren’t looking to South Africa to invest their money.

1. Investors are not opportunistic about investment in SA post Zuma

Verwoerd said during her visit, not one investor or firm was opportunistic about investment opportunities in South Africa.

While a few investors had small interests in the country, most of the investors were not interested in any large investments in SA in the near future. The Zuma years are probably the biggest reasons why investors are not looking to invest in the country.

It has done huge damage to investor confidence.

Then, there’s also the Steinhoff saga. Numerous investors were left shocked about the debacle. This has likely casted doubt on companies in South Africa in generally.

Land expropriation without compensation is also making major investors nervous, casting more doubt about the security of their assets, should they invest in South Africa. While the president assured South Africa that the land issue will be resolved in a win-win manner, it’s still scaring off investors.

In July, IOL reported that a lack of skills, visa restrictions, land expropriation, and policy uncertainty are some of the reasons why foreign investors are not investing in SA.

Jacko Maree, the presidential envoy, said there are still educational and skills deficits in large sections of the population. However, he pointed out there are companies that are upskilling employees.

Meawhile, visas have been a challenge too. Maree said government is highlighting the fact that visas need to be more accessible for investors.

At the time, Maree was addressing the session on South African investment opportunities during the 6th BRICS Business Council annual meeting.

Maree said investors mainly want policy certainty and continuity. They are keen to know what the rules in SA are and want policies to be unchanged for a period of time. Investors also want certainty over policies such as B-BBEE and the regulation of the financial sector. What would change an investor’s mind? During her visits abroad, Verwoerd asked investors what would change their minds.

Investors told her they were positive about Ramaphosa. They agreed he was the right person for the job to ensure the economy grows. But, the investors were clear: They want political stability before investing in the country again. They also want that stability maintained.

They pointed out that to invest in SA, they would like to see a continued battle to root out corruption, reinforcement of independence of the central bank and judiciary and, according to Verwoerd, sound fiscal policy that will boost support from foreign institutions or debt markets.