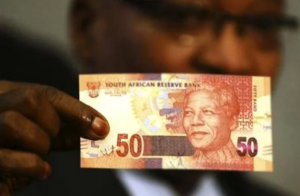 President Cyril Ramaphosa delivered a major blow to the rand this week after making it explicitly clear that the ANC, and thus government, will move ahead with its goal to nationalise the South African Reserve Bank.

Ramaphosa’s line in Parliament on Thursday (7 March) – in which he said that ANC had made its position clear at its policy conference, that the SARB should be nationalised – stood in stark contrast to the message he delivered to investors at the World Economic Forum in Davos at the start of the year, where he said that the independence of the SARB was sacrosanct.

According to Ramaphosa, there is nothing sinister or revolutionary about the ANC’s intent to nationalise the central bank.

The president told MPs that most countries around the world have done so, and in fact South Africa stood in a minority – one of six countries – to have the bank independent and owned by non-state shareholders.

The move to nationalise the Reserve Bank is not new, and the president previously downplayed the impact of the move, saying that the governing party only wants to align the goals of the SARB with the government’s objectives, such as employment creation and economic growth.

This must be achieved “without sacrificing stability,” the president said at the time.

“The governing party is essentially saying we have got a burning platform with regard to employment, and we would like everyone to focus on the creation of jobs. Clearly there is nothing wrong with that.”

However, economists, analysts, ratings agencies and investors read the move as a big step towards one thing: interference with the SARB’s mandate.

According to Intellidex analyst, Peter Attard Montalto, it’s this threat of interference which is ringing alarm bells, and which sent the rand crashing to its weakest point since the start of the year.

“The issue here is not nationalisation itself – but nationalisation as a strategic stepping stone towards mandate change and greater political interference in the SARB at a time of (possible) management changes to come,” he said in a note.

When the SARB’s independence was threatened in 2017, the campaign was pushed by a faction within the ANC led by president Jacob Zuma’s supporters – at a time that the bank was seen as a blockage to various political goals.

Despite the apparent changes to the ANC’s leadership at the end of 2017 and in 2018, these factions within the party have not dissipated – and the goals remain the same.

“The ultimately political aim here is not only looser monetary policy from the left, but from the corrupt elements of the ANC, a desire for control of the Prudential Authority and financial sector regulation,” Attard Montalto said.

“Progressing with nationalisation rather than drawing a (red) line in the sand simply hands a tactical win to the other factions,” he said.

According to the analyst, the true consequences will only reveal themselves much later – around 2020 – but will also likely face many court challenges along the way.

Reserve Bank governor, Lesetja Kganyago has been vocal in his opposition to the nationalisation of the bank, and said that he would challenge any threat to its independence.

In a presentation at Stellenbosch University on Wednesday, Kganyago said that the bank’s independence was important in helping the SARB to achieve its mandate.

“The central bank independence allows the SARB to hear what different interest groups have to say, but gives it the policy space to make decisions about inflation that on balance benefit all,” he said.

However, Kganyago’s days at SARB are numbered, with his term coming to an end following the 2019 elections – with his retention up to president.

With the ruling ANC likely to retain its majority in the national election this year, the decision whether to retain Kganyago as governor will be made by president Ramaphosa.

According to Bloomberg economists, by appointing Kganyago again, Ramaphosa would boost policy certainty and consistency at the central bank.