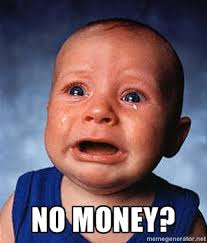 There will be no annual salary increases for the Deputy President as well as Cabinet Ministers at a time when the economy is experiencing hardships, President Cyril Ramaphosa has determined.

This as the President has set out remunerations for all levels of public office bearers for the 2018/19 financial years.

Ramaphosa scraps 4% recommended salary increase
While the Independent Commission on the Remuneration of Public Office Bearers has recommended an increase of 4% across all categories of public office bearers, President Ramaphosa has determined otherwise.

“President Ramaphosa’s decision not to follow the Commission’s recommendations is informed by the imperative that the state be considerate, responsive and demonstrate restraint, especially during periods of economic hardship, when determining the level of salary increases for public representatives,” said the Presidency.

The President appreciates that for government to have wider support for its programmes, it must implement and demonstrate through practical actions its commitment to exercising prudence.

Salaries of ConCourt judges will increase
However the salaries and allowances of the Constitutional Court judges and judges of other courts will be increased by 2.5% with effect of 1 April 2018.

In provincial executives, Premiers, Members of Executive Councils and Speakers will not receive a salary increase.

With regard to Members of Parliament, a 2.5% increase will apply to categories ranging from House Chairperson, Chief Whip: Majority Party, Leader of the Opposition and Whips, to Members of the National Assembly and permanent delegates to the National Council of Provinces.

Members of provincial legislatures will, however, receive a 2.5% salary increase.

Magistrates will benefit from a 4% salary adjustment, as will office bearers in of both national and provincial houses of traditional leaders.

Kings and Queens will be eligible for a 2.5% increase.

Senior traditional leaders and headmen and women will receive a 4% salary increase.

The President thanked the Independent Commission on the Remuneration of Public Office Bearers and National Treasury for their guidance in taking the final decision in the matter.

The proclamations determining the salaries of the aforementioned categories of public office bearers will be published in the Government Gazette.