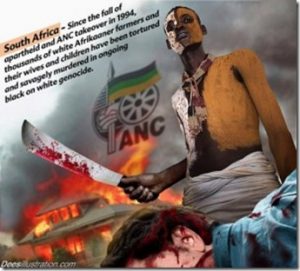 The slaughter of white South African farmers is ongoing and on the increase. And nothing is being done about it! The ANC government, who has been implicated in these atrocities and who denies there existence, along with the main stream media, who refuse to cover the crisis as it does not suit there ‘narrative’, is creating a monumental disaster.