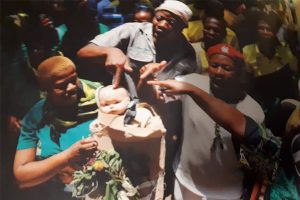 A once proud nation erased from the face of the earth! There will not even be a single white libtard left, yes even you will be exterminated with us! World “leaders” will soon go down in history as the silent, or even SILENCED ones!….

Like Rwanda, the World will say : “How on earth did we not see it, shame somebody should have stopped it!”

In the picture the word “Boil” is written on the forehead, it is one of the tactics they use when committing farm murders and refers to such, it is a way to torture, and yes, it has/is being done in South Africa.

There are many such disturbing images which proves that it is not an isolated incident.