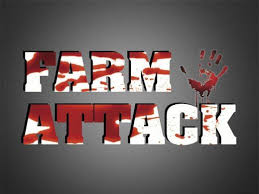 Police are reluctant to label the incident as a “farm murder”, but this partcular killing of a farmer in Fochville, Gauteng is just as horrendous.

A shocking case has surfaced from Gauteng this weekend after a farm-owner in Fochville succumbed to the injuries he sustained during a brutal attack at his property. The assailants are reported have tied up, beaten and poisoned the victim before making their escape, leaving him for dead.

The local police force in Westonaria have not labelled this an official farm murder. But the SAPS have instead filed it under a “home robbery”. The devils are in the detail – including the criminals’ motivations and movements – but authorities are remaining tight-lipped about much of the investigation. The victim died on-arrival at the hospital.

One person who has been speaking out about this crime is Ina Cilliers. The DA MPL and Constituency Head for Merafong has been left dismayed by the news, and encouraged national branches of government to beef-up security for rural communities across the country, and especially in Gauteng:

“It is time for the Department of Agriculture to collaborate with the Department of Community Safety and to not see rural crime as a separate issue from agricultural production. In addition to the implementation of specialised and rural safety units.”

“We call on Gauteng Premier, David Makhura to institute a special inter-ministerial task team to deal the situation. Gauteng is a rural crime hotspot and we urgently need collaborative intervention that cuts across departments. We will table our Community Safety Bill in the Gauteng Legislature.”

Ina Cilliers
The DA has often lobbied for the introduction of a rural crime unit, which specifically deals with farm attacks and looks to limit the number of murders motivated by the remoteness of certain properties. They’ve barely had lift-off as of yet, but the issue will be discussed in the Western Cape next month.

Premier Makhura has acknowledged the threat of farm murders in the province, but not much has been done to advance the protection of rural communities. Cilliers went on to say that this “dire situation” couldn’t continue where South Africans are being targeted in senseless crimes, as we have seen in Fochville.