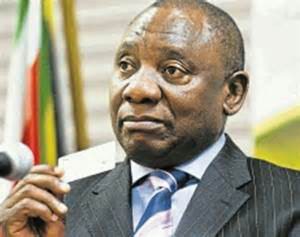 The coffin case provoked various opinions. Two of the most important opinions were those of the DA and the country’s deputy president, Cyril Ramaphosa.

The white enemy political party, the DA, asked for the worst possible punishment. The party’s anti-white feeling often bubbles out. To name but a few examples: the party’s leader during the city council elections in Soweto stated that apartheid is the cause of the current education crisis and it is common knowledge that attacks on apartheid are still being targeted against whites.

Ramaphosa’s comment on the punishment of the two whites who wanted to scare an offender with a coffin is even more worrying. He said about the extremely exaggerated court sentence that the white men deserved to get eleven and fourteen years in prison.

It could not be established whether he had previously expressed an opinion about black racism on whites, and then you could start with the cruelty of farm murders.