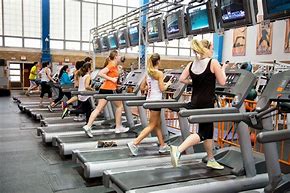 Gyms and fitness trainers will be answerable to a new body that will be set up by the minister of sport, under a new draft law – with the power to close down gyms and suspend the registration of fitness professionals if they break the rules.

The Fitness Industry Regulatory Authority is one proposal in the draft National Sport and Recreation Amendment Bill published for public comment in December. The law is intended to give the minister of sport more direct control of sporting codes and to create various new bodies, including one to regulate “combat sport” and a Sport Arbitration Tribunal.

But the change with the biggest impact would be the fitness regulator, which under the current draft has wide powers and responsibilities that seem to cover pretty much anything resembling a gym, and anyone who helps others get and stay fit in exchange for money.

If passed, the law would allow the minister of sport, currently Nathi Mthethwa, to establish the fitness regulator by decree, creating its rules and power by publishing them in the Government Gazette, and appointing its five board members.

That body will then have whatever powers the minister gives it, and will wield them over “fitness establishments” and “fitness professionals”, funded by an annual “subscription fee” levied on gyms according to their size.

The law proposes that the regulator will have the specific power to “close a fitness establishment”, or suspend the accreditation of a gym or trainer if they fail to comply with regulations.

It also makes provision for the inspection of gyms to check their compliance with “applicable law”, and “the issuing of sanctions”.

The only direct hint at the nature of the rules that would be applied comes in the form of a prescript that the regulator must ensure that safety measures are in place before grading establishments by their size and equipment.

The fitness regulator is also due to create dispute-resolution mechanisms, which could potentially include a forum for consumers to take complaints about gyms, such as the common trouble of cancelling gym contracts.