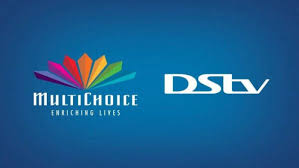 The folks who operate DStv aren’t happy with the online streaming services popping up in South Africa. DStv is an expensive luxury. If you’re a sports fan, who wants access to everything, you don’t really have any (legal) alternative.

But for those who don’t care about sport, there are alternatives… and DStv isn’t happy about it.

According to a report in the Saturday Star, MultiChoice, which operates DStv, claims it has lost more than 100 000 DStv Premium subscribers in its last financial year because of “unregulated” competition from streaming services like Netflix.

This argument was put forward to The Independent Communications Authority of SA (Icasa)
panel on the final day of the communications regulator’s public hearings on Friday.

Icasa wants to wriggle some of the “market dominance” away from MultiChoice. But the South African company isn’t happy, claiming some of the international streaming services offered in the country does not pay tax here, amongst a list of other complaints.

“We understand that OTTs have come into the market and they have had serious growth and their revenue figures have substantiated that,” said Nomonde Gongxeka-Seopa, an Icasa panel member.

“What we are missing, though, is how this had an impact on the pay-TV market, which you haven’t provided us with. You have provided us with graphs on how OTTs have affected pay-TV stations in countries like the UK and the US, but we need research within the South African market to convince us that these OTTs are actually competing with pay TV.”

But Icasa hit back saying MultiChoice must provide “empirical evidence” that there is a direct link to the drop in revenue.

“We need to see that there is a direct link between the presence of OTT and your revenue and your subscriber base in such a way they are really significantly impacting on the competition dynamics specifically for the SA market.”

MultiChoice also says that the infiltration of streaming services could lead to job losses in the South African market.