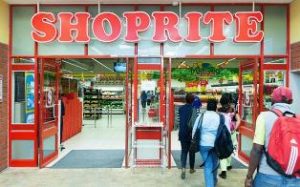 Rumors circulating that Rupert, Wiese and Steinhoff are the mafia of the Western Cape are even seen on the social network, and with their respective losses, ironically, it is seen as no coincidence.

Rupert lost R300m worth of luxury jewelry during an armed robbery at a downtown, Wiese’s 2019 shutdown of Shoprite shows a drop of more than 18% and Steinhoff is in chaos.

According to the latest Shoprite statements for the period ending June 30, sales show sales totaled R150bn and trade profits fell by more than 8%, but still managed to reach a total profit of more than R4bn.

The stores in South Africa generally performed well and accounted for 75% of the group’s total sales, which also indicates a more serious economic slump in the group’s foreign affairs.

The group’s foreign component realized a trading loss of R265 million, which could also be indicative of economic conditions elsewhere.