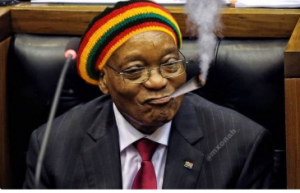 A video clip of former president Jacob Zuma dancing and mocking his critics was posted on social networking site Twitter on Sunday afternoon.

The tweet was posted around lunchtime on Sunday, the day before his much-anticipated appearance before the state capture inquiry chaired by Deputy Chief Justice Raymond Zondo.

Reaction to the video clip ranged from people saying he was smoking dope to others saying he would always remain their leader, no matter what.