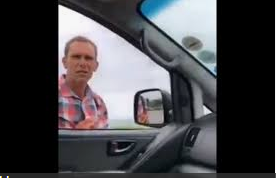 The person who told a harmless beggar “I’m a very nice guy, I’m a very giving person” while refusing him R2 for bread because of the colour of his skin AND while taking a video to humiliate him further on social media, has been identified as Lindo Buthelezi.

The video starts shortly after the white beggar asks for R2 to buy bread.

“I’m a very nice guy. I’m a very giving person, but my forefathers will kill me if I had to give R2 to a white guy.”

That is what a man says to a white beggar in a video which has tongues wagging on social media. The video starts shortly after the white beggar asks for R2 to buy bread.

“My man, where were you when white people were taking black people’s stuff? Where were you?” the man in the car asks.

The beggar is unsure how to answer and says he lives in town. The person filming the video retorts that there are many struggling black people.

“For me to give you R2, I’d have to be the last man on Earth and you need to have a gun in your hand. White people are murderers, my man. You’ve killed our forefathers. You are here illegally and you still want me to give you a R2. My man, I feel disrespected. I’m sitting here nicely, working in the beach, in the ocean and relaxing and you’re coming here to disturb me. Why are you doing this my brother?”

The beggar replies: “I am hungry.” 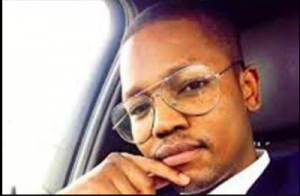 So we all saw the Racist black man or let’s say the poor disadvantage black man, that turned out to be a Racist pig, this racist black man made a video of how he insulted a white beggar whom wanted something to eat, now if the roles were turned around the white guy would have been arrested and charged and refused bail and sentence to a couple of months or maybe a year or two in jail.