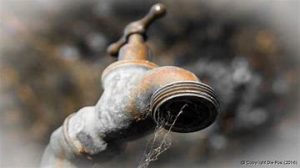 FF Plus is about to put a complaint in at the Human Rights Commission (HRC) after large parts of ANC-controlled Bethal, Mpumalanga’s taps have already been dry for 26 consecutive days.

The problems of the Govan Mbeki local municipality apparently arose just a month after the ANC took over the municipality after the local by-election held on October 9. FF Plus councillor, Deon De Vries said that the FF Plus only needed votes after the DA ward councillor resigned. The FF Plus’ support grew from 4.31% to 35.4% but was still just too low to secure a victory. De Vries says the cause of this water shortage is unknown.

But, according to some sources, the bulk water supplier, Rand Water, has not installed enough pumps to supply enough water to the town, while there is also the possibility that Rand Water has imposed water restrictions due to overdue water debt of R272 million from the Govan Mbeki municipality.

Meanwhile, all residents of Bethal and the Govan Mbeki Municipality are now being held hostage by entities responsible for providing services to the town. De Vries argues that the FF Plus will lodge a complaint with the HRC against Rand Water Bulk Services and the Govan Mbeki Municipality for the “obvious violation of the Constitution which states that everyone in the country is entitled to basic human rights such as availability of water.

He says FF Plus has done everything in its power to prevent the situation between Rand Water and the Govan Mbeki municipality. De Vries says that it is time to call the entities concerned accountable.