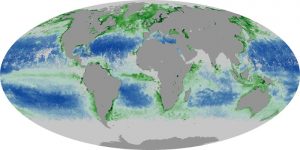 The Southern Ocean is getting greener an cooler because the amount of marine plants (phytoplankton) has been increasing in the last 21 years. These changes appear to be happening faster during the winter, which suggests that the growing season is getting longer. This is important because the Southern Ocean has a big role in the biology and chemistry of the oceans, and in regulating the Earth’s climate. This work was done using 21 years of data from two NASA satellites, coinciding with Al Gore’s now infamous predictions of doom and gloom from global warming.

The concentration of chlorophyll is also an indicator for the amount of photosynthetic plankton, or phytoplankton, present in the ocean. Phytoplankton populations are influenced by climatic factors such as sea surface temperatures and winds.

At the base of the ocean food web are single-celled algae and other plant-like organisms known as phytoplankton. Like plants on land, phytoplankton use chlorophyll and other light-harvesting pigments to carry out photosynthesis. Where phytoplankton grow depends on available sunlight, temperature, and nutrient levels. Because cold waters tend to have more nutrients than warm waters, phytoplankton tend to be more plentiful where waters are cooler, therefore more chlorophyll is an indicator that the Oceans are cooling, NOT warming.

Phytoplankton populations, as indicated by chlorophyll concentrations, respond to both seasonal (short-term) and climatic (long-term) changes. Primary production by phytoplankton can be affected indirectly by climatic factors, such as changes in water temperatures and surface winds, which affect mixing within the water column and the availability of nutrients . Changes in cloud cover, which can reduce or increase solar energy available for photosynthesis, can also affect primary production.

The chlorophyll concentration data shown here were obtained from global satellite measurements by the SeaWiFS and MODIS-Aqua projects of the National Aeronautics and Space Administration (NASA). Satellite data collection allows for large spatial coverage and frequent measurements over time, which is useful for assessing long-term changes. One limitation, however, is that satellites can only measure near-surface chlorophyll concentrations, thus potentially underestimating the total amount of phytoplankton present at all water depths. Chlorophyll concentrations also do not provide information on the composition of phytoplankton communities (for example, the abundance of larger versus smaller species).

These sea surface temperature maps are based on observations by the MODIS sensors on NASA’s Terra and Aqua satellites. The satellites measure the temperature of the top millimeter of the ocean surface. In this map, the coolest waters appear in blue (approximately -2 degrees Celsius), and the warmest temperatures appear in pink-yellow (35 degrees Celsius). Landmasses and the large area of sea ice around Antarctica appear in shades of gray, indicating no data were collected.

The highest chlorophyll concentrations, where tiny surface-dwelling ocean plants are thriving, are in cold polar waters or in places where ocean currents bring cold water to the surface, such as around the equator and along the shores of continents. The polar – equator difference intensifies in the hemisphere experiencing summer. For example, the difference in chlorophyll concentration between the Southern Ocean and equatorial ocean areas is bigger in December than September. In polar waters, nutrients accumulate in surface waters during the dark winter months when plants can’t grow. When sunlight returns in the spring and summer, the plants flourish in high concentrations.

Also, when surface waters are cold, it is easier for deeper water to rise to the surface, bringing nutrients to sunlit areas where phytoplankton can use them. When surface water is warm, cooler, nutrient-rich water is trapped below. Because the vertical layers of the ocean aren’t mixing, nutrients that have built up in deep waters can’t reach the surface. In places where ocean currents cause upwelling, sea surface temperatures are often cooler than nearby waters, and chlorophyll concentrations are higher. This connection is evident in multiple places. A band of cool, plant-rich waters circles the globe at the Equator, with the strongest signal in the Atlantic Ocean and the open waters of the Pacific Ocean. In many coastal areas, the rising slope of the sea floor pushes cold water from the lowest layers of the ocean to the surface. The rising, or upwelling water carries iron and other nutrients from the ocean floor. Cold coastal upwelling and subsequent phytoplankton growth are most evident along the west coasts of North and South America and southern Africa. 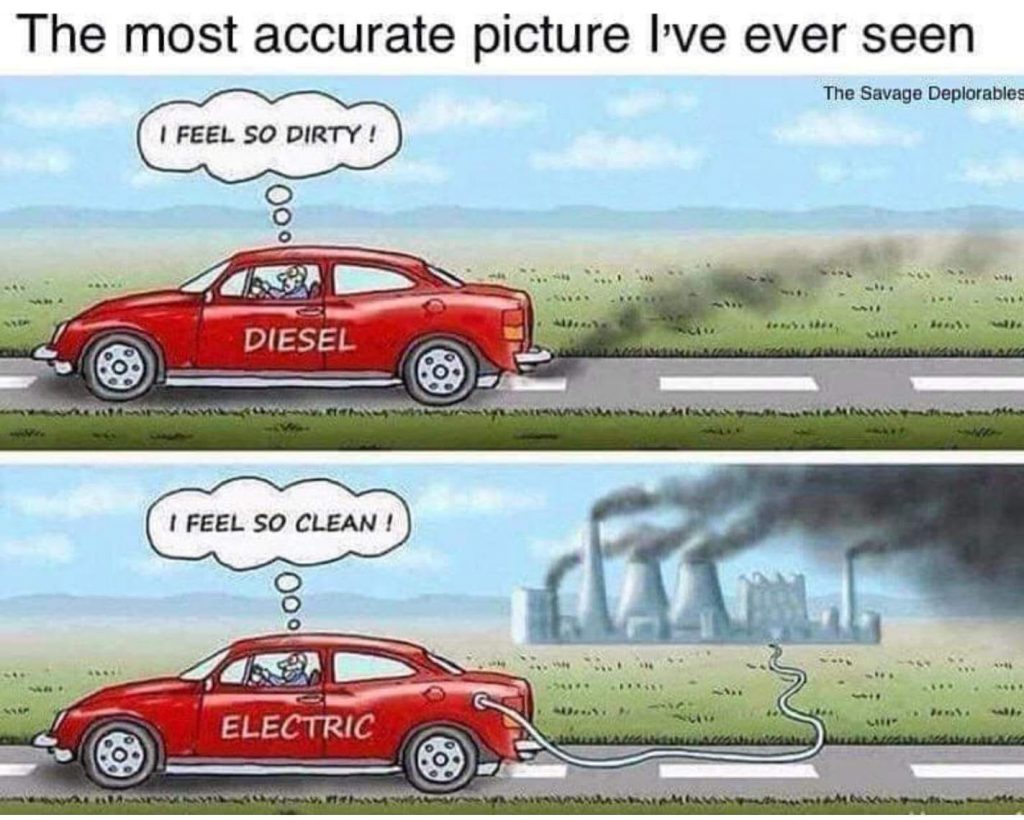