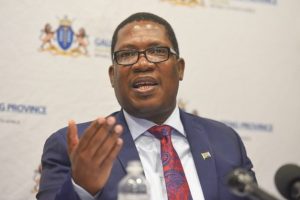 The High Court in Johannesburg has ruled that Gauteng education MEC Panyaza Lesufi and his department contravened a court order attained after they allegedly did not pay annual subsidies owed to the Liberty Community College in Alexandra township.

Failure to pay the subsidy could now lead to Lesufi’s arrest, IOL reports. The department will also now be fined R10,000 for each day they do not pay up.

The court order, first attained last year, was re-enforced in this latest ruling.

This follows the school being told they didn’t qualify for subsidies for the 2016 academic year. The school’s lawyer, Dominique Lloyd, says an attempt to appeal this decision was dismissed by the department without any reasons given.

When the school was granted their 2017 subsidy without any issues, they sued the department over the 2016 subsidy.

“The department admitted they were wrong, and we had a court order by agreement. Since then, June 2018, we have not heard anything from the department,” said Lloyd, explaining why the school dragged the department back to court.

“We are waiting for the state attorney to verify facts around this matter. If indeed there is such a court order, we will comply,” said the department’s spokesperson, Steve Mabona.

iOl News
This report does not necessarily reflects the opinion of SA-news.