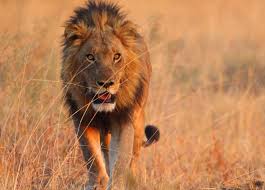 The spokesperson for the Ezemvelo KZN Wildlife Service confirmed that two lions broke through due to a weak spot in the fence and are still at large.

Initially five lions broke out of the Hluhluwe iMfolozi Park, but three of the dangerous animals were already arrested, but on Tuesday, two were still on the loose.

Park officials are deeply concerned about the two lions that have gone missing, and seniors say those responsible for checking the fences regularly are an equally serious concern for the Park.

Spokespeople say the damaged fence has not yet been repaired and will “soon” receive attention, although a large number of lions are still being kept in the camp.

Meanwhile, emerging farmers in the area claimed that the lions had already caught and eaten some of their animals, which will now also be investigated.