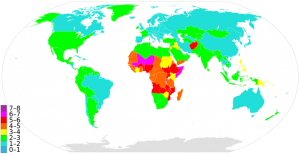 Watch how waiting times for life-saving cancer treatment has grown as KwaZulu-Natal’s cancer services crumble. As the crisis grows, patients wait longer and longer for treatment. This information comes from the SAHRC’s report but Democratic Alliance spokesperson for health in KwaZulu-Natal Imran Keeka says he doubts the veracity of the information.

Keeka alleges the data does not reflect patient backlogs at Inkosi Albert Luthuli Central Hospital fuelled by a breakdown of treatment machines at Addington Hospital.

The news comes almost four months after the SAHRC released a scathing report detailing the collapse of cancer services in the province. The document accused the KwaZulu-Natal health department and its MEC, Sibongiseni Dhlomo, of failing patients.

After more than a year of investigation, SAHRC revealed that the province lost one oncologist each month over a five-month period. From October to December 2016, a breakdown in cancer treatment machines forced Durban’s Addington Hospital to refer its patients to the nearby Inkosi Albert Luthuli Central Hospital for treatment.

Durban lost its last public sector specialist in June, leaving only two such professionals in the province at Grey’s Hospital in Pietermaritzburg.

As of August, health minister Aaron Motsoaledi had launched a two-week plan to resuscitate cancer services, taking over some of the province’s procurement and human resources functions, said former national health department spokesperson Joe Maila at the time.