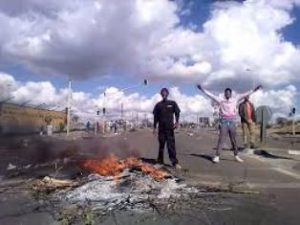 The protesters in Alexandria are at it again, they started blocking roads by throwing burning tires on access routes.

Traffic has been disrupted while prospective car rental workers have been hurled out of vehicles to prevent them from working.

The ANC president, Cyril Ramaphosa, has already set up an inter-ministerial task team in April to address the unrest in the area and to come up with solutions.

Almost 60 days later and nothing came of the promises.

The action creates the feeling that government supporters continue to stumble from one protest march to another without really solving the problems.

Meanwhile, state money is being wasted on committee that needs to be investigated, without the investigations leading to material action.