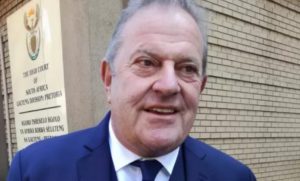 The news site also reported that EFG is the same law firm into whose Absa bank account Bosasa boss Gavin Watson is said to have deposited a R500 000 donation to Ramaphosa’s campaign.

This after the DA had lodged a complaint stating that Ramaphosa may have misled Parliament about his knowledge over who had funded and donated.

Mkhwebane’s report released last month detailed the money trail, saying that some of the donations in question had been transferred from Watson’s personal account and deposited into the Miotto Trading account. The company is said to be owned by Margaret Longworth, who is apparently related to former Bosasa auditor Peet Venter. It is believed to have been later sent to the CR17 Attorneys Trust Account, managed by EFG Attorneys.

African News 24-7 reported that sources maintained that Farber, who established the law firm, died on August 11, apparently of a heart attack, and was buried the same day at the Westpark Cemetery in Joburg in accordance with Jewish rites. It also cited that the deceased and the president had “a long-standing relationship”.

“In 2005, he (Farber) represented Ramaphosa against DaimlerChrysler, when the company published a story that Ramaphosa was one of the only four clients in southern Africa who owned a Maybach 62, which cost R3.4 million.” It reported Farber had denied that Ramaphosa owned the car and threatened to sue DaimlerChrysler.

The report said some of Farber’s other prominent clients included major banks such as Nedbank, Investec and Bidvest, and that it appeared from the leaked FNB statements that “Farber was running two attorneys trust accounts, one under the name of Farber Sabelo Edelstein Attorney and another under the name of Edelstein Farber Grobler”.

“Sources in the Jewish community say Farber’s death sent shock waves through it, with some suspecting foul play as a result of Farber’s link to the CR17 donations scandal.”