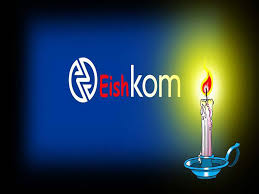 Eskom intensified its plant maintenance and fast-tracked the recovery of stock levels from December 13 to January 13, when there was a low demand for electricity.

Planned maintenance outages amounted to 15% of the outages in the third week of December and 18.4% in the last week, said Yelland.

Unplanned breakdown outages amounted to 19.5% and 17.5% of the fleet respectively.

Yelland said the high level of planned maintenance outages was expected because demand is low over the holiday period, allowing Eskom to do additional maintenance.

Eskom’s target for planned and unplanned outages is 10% for both.

In December, Public Enterprises Minister Pravin Gordhan, in a joint press briefing with Eskom chief executive Phakamani Hadebe and board chairperson Jabu Mabuza, told the public that there would be no load-shedding during the holiday period.

Inadequately maintained and ageing power plants as well as coal shortages had resulted in Eskom struggling to meet demand for electricity.

Gordhan said, ideally, there would be no stage two load-shedding when South Africans returned to work after the December break.

Eskom’s long-term plans are to restore its energy availability factor to 75% by November, in line with the nine-point system recovery plan to improve generation performance.

“It would be a wrong interpretation of what Minister Gordhan said to think we can just solve Eskom’s problems in a few weeks,” Yelland said.

He said Eskom would have identified many of the problems during the holiday period, but, without “deep maintenance”, which would require an extended shutdown, their operations will not have improved significantly.

The utility concluded 35 new coal contracts in 2018 and, in anticipation of the rainy season, it created three days of compacted strategic stockpiles at its power stations.

The rain expected between December and March “could impact coal handling and feeding to the boilers with a potential impact on generation production,” Eskom said in a statement released in December.