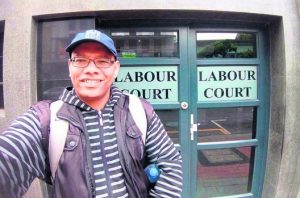 An activist who is tired of being classified as a coloured South African is now dragging the government to scrap the separate classifications of coloured and Indian and rather to regard them as black South Africans.

Glen Snyman, a teacher from Oudtshoorn and founder of People Against Race Classification (Parc), has started a lawsuit against the Western Cape Education Department (WCED) and the National Department of Basic Education in the Cape Labour Court.

He claims, among other things, that:

* Brown and Indian people’s race classification should carry the same weight as when considering black candidates for positions or promotion;

* Blocks on application forms in which someone has to classify themselves as brown or Indian must be removed from all WCED forms.

* Someone can identify himself as “other” in the person’s racial classification, instead of coloured or Indian, on the WCED recruitment website;

* The WCED immediately stops using the word and identity “brown”;

* The National Education Department announces an end date for the WCED Employment Equity Plan within the next six months; and that

* A correction is made in the WCED employment equity plan to omit the racial classification of a candidate.

The WCED and the national education department have indicated that they oppose Snyman’s application.

In the National Education Department’s court documents, they say the Employment Equity Act already states that the generic term “black” is used for black, coloured and Indian people.

However, Snyman, who works as a teacher at Fezekile Secondary School in Oudtshoorn, insists that coloured people are treated differently from black people.

He says he has had to apply for a job three times before choosing a “discriminatory race block”.

“Even if I don’t choose a breed block, the panel of interviewers will automatically assume I’m brown,” says Snyman.

A date for hearing the application has yet to be determined.