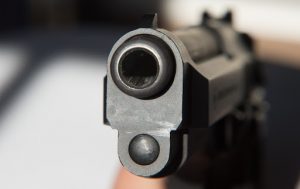 As many as 400 000 gun owners who failed to renew their firearm licences on time will have to get rid of their guns or hand them over to the police‚ as they are now deemed to be in illegal possession of the guns.

The Constitutional Court on Thursday upheld an appeal by the minister of Safety and Security by dismissing a high court order which had declared that two sections of the Firearms Control Act of 2000 were constitutionally invalid.

The sections concerned the expiration and renewal of firearm licences.

Under the previous Act‚ a licence to possess a firearm lasted for life. The Act of 2000 changed this.

Under the new regime‚ each person wishing to own or possess a firearm must first possess a competency certificate‚ which expires after periods of two‚ five or 10 years‚ depending on the nature of the firearm licence.

The Act contained provisions for the transition from the previous Act to the current one. This allowed previous licence holders a five-year licence‚ which had to be renewed‚ on application‚ at least 90 days before the expiry of the five-year period.

Many old-order licence holders complied with the transitional provisions while others failed to do so.

The South Africa Hunters and Gamer Conservation Association obtained a judgment in their favour in the high court in Pretoria last year.

The high court held that the provisions of the Firearms Control Act were constitutionally invalid on a number of grounds.

Some of the grounds were that the provisions were vague and that there was absence of a proper procedure for surrendering a firearm after the expiry of the licence period.

In a unanimous judgment‚ Justice Johan Froneman said the provisions in the Act were not vague. “They cannot be clearer. It is an offence to possess a firearm without a licence obtained in terms of the Act.

“Once one has obtained a licence one needs to renew it at least 90 days before the date of expiry‚” Froneman said.

In its argument‚ the association challenged the vagueness of the Act in that gun-owners would not‚ after the termination of the licence because of failure to apply for renewal‚ have any lawful means to dispose of the firearm.

“There is a short answer to this: the gun-holder must get rid of the firearm‚” Froneman said.

Froneman also addressed another concern by the association; that the gun-holder could not do so lawfully because he immediately became guilty of a crime when the licence had lapsed.

“The gun-owner knows that he must either apply in time for renewal of dispose of the firearm before expiry. If he does not he will be guilty of an offence.”

Froneman said the association was also wrong in its contention that there was no lawful means of disposal after the termination of the licence. “I can see no legal obstacle to handing the firearm over to the police after termination. The fear that the gun-owner may be liable for prosecution if he takes steps to hand over the unlicensed firearm is overstated.”

Fred Camphor‚ of the association‚ said the judgment meant around 400 000 gun owners who did not apply timeously to renew their licences were now illegal firearm owners and should hand the guns to the police.