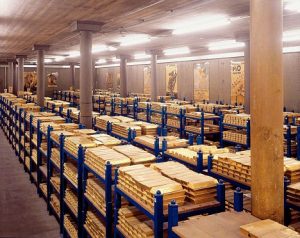 For an ENTIRE Century, South Africa has been the World’s Largest Gold Producer, by far and bar none! SA has also been in the Top Diamond producers. How much is it and where has it all gone?

BOER GOLD: After the Boers discovered massive Gold and Diamond deposits in their two internationally recognised independent Boer Republics in the late 1800’s, the British made two attempts to annex these Boer Republics. The Brits lost the first Anglo Boer War to only a handful of Boers, great embarrassment, but finally imported 200,000 troops and resorted to a Scorched Earth strategy to brutally conquer the Boer nation in 1902, killing 34,000 women & children in their newly invented concentration camps, forcing the Boer men to surrender.

…but that was only the beginning of the century long story…

Watch here if video does not show above.

The genocidal ‘scorched earth policy’ was initially introduced by Lord Roberts and later expanded by Horatio Kitchener during the Second Boer War to starve out the Boer guerrilla fighters.

In complying with this policy almost all the Boer homesteads were burned to the ground, livestock killed, crops burned and the women and children were sent to concentration camps. In the camps there were inadequate food and medical services and during 1901 about 25,000 children and 3,000 women died in these camps.

In total, more than 35,000 Boer women and children died. After the war there was an estimated tens of thousands of orphans.

This is where the word “concentration camp” was first used – in British camps that systematically imprisoned more than 115,000 people. In fact, more men, women, and children died of starvation and disease in these camps than did men actually fighting in the Second Boer War of 1899 to 1902, a territorial struggle in South Africa.

By the end of the Boer War, an estimated 46,370 civilians were dead – most of them children. It was the first time in the 20th century that a whole nation was systematically rounded up, imprisoned, and exterminated.

It was a horror that the world had never seen anywhere outside of the Bible. As one woman put it,

“Since Old Testament days was ever a whole nation carried captive?”

There are many horrendous images of the concentration camps in the Second Boer War: 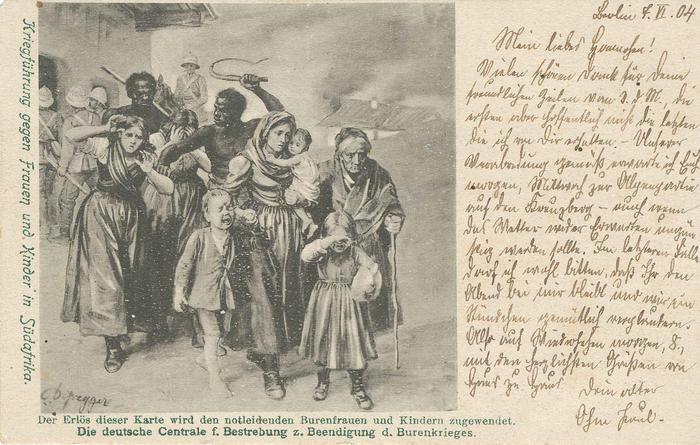 This one is very telling, where blacks, employed by the British, are used to drive Boer women and children to the concentration camps, whilst the soldiers burned down the homestead & crops and slaughtered all the livestock.

After the British scorched earth strategy had forced the Boers to finally surrender, a treaty was signed in 1902 called the Sand River Convention.

Clause 7 of the treaty stated that the Boers would govern themselves once again when they had recovered from the war. To this day they are still waiting for self governance! After the war however, the British  flooded the Boer ZAR with Afrikaners & Africans from the Cape & Natal, & incorporated it into the Union of South Africa without a referendum!

To this very day, Boers are fighting, being killed, incarcerated & demonised as “racists” in their struggle for the restitution of their two Boer Republics!

So, when the British backed ANC said they wanted to “make South Africa ungovernable” in the violent ANC led coup d’etat of of multiple nations in 1994, was this done to preclude “self governance” being returned to the Boers?

When the British took Transvaal & Freestate from the Boers, there were only a million Africans living there…

The British imported millions to work on their newly won mines, and now over 30 million live there, many on grants, dependent on the wealth being created mostly by whites…

Is it any wonder UK “virtuously” dishes out a few million everytime a despotic Black South African leader comes begging?

But the story does not end there… Someone is stealing the gold being exported now, or at least the payments for the gold… 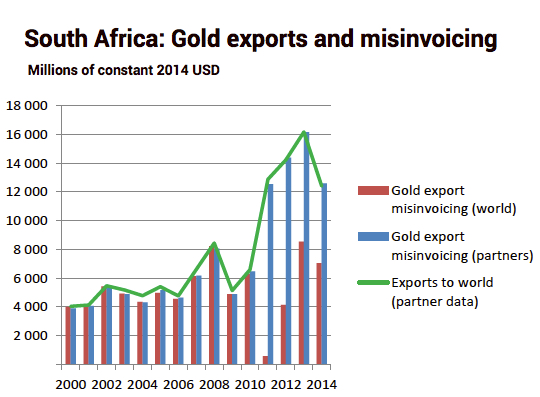 For the last half century, South Africa was also in the Top 5 of the world’s Diamond Producers… 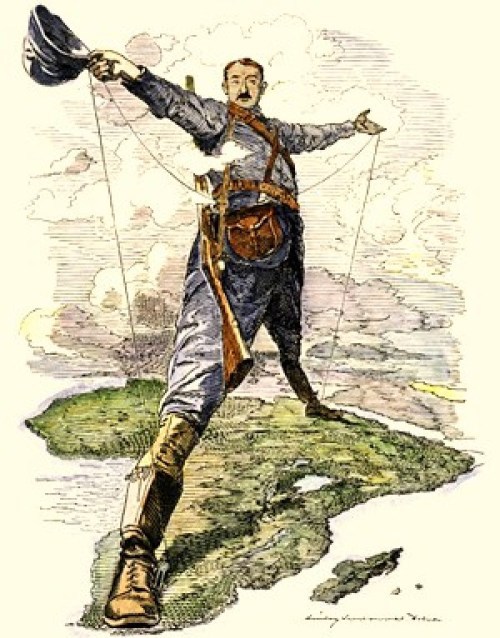