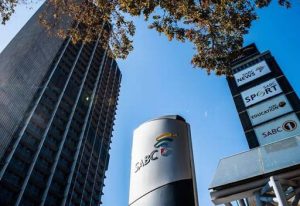 Minister of communication Nomvula Mokonyane revealed on Thursday that the total cost to company of the top three executives at the SABC was R12.1-million.

These packages‚ however‚ were “significantly less than the previous crop of executive directors”‚ Mokonyane said.

She said the packages amounted to 1.1% of the current salary bill of the public broadcaster.

Mokonyane was answering questions on the state of the national broadcaster in the National Council of Provinces on Thursday.

We are technically insolvent‚ admits SABC

At a briefing in Johannesburg on Wednesday‚ CEO Madoda Mxakwe said the SABC had suffered a net loss of R622-million for the 2017-2018 financial year‚ making it “technically insolvent” and unable to fulfill its financial obligations.

Axed COO Hlaudi Motsoeneng’s controversial 90% local-content policy attributed somewhat to the losses. The interim board has since ended this policy.

The SABC announced earlier this week that part of its restructuring process was to cut jobs.

The board warned that nearly 1‚000 permanent employees and about 1‚200 freelancers may be affected.

Mokonyane told MPs on Thursday that the turnaround of the broadcaster could not be based on the laying off of workers but a total review of the business and its funding model.

“Minister of finance Tito Mboweni has agreed to meet and engage on the state of the SABC and the turnaround plan within the next three weeks to find solutions to the current financial challenges confronting the SABC.

“The shareholder to date has not consented to the current process of retrenchments currently being pursued by the board and management of the SABC‚” she said.

When asked if action had been taken against those found to be responsible for the current struggles of the broadcaster‚ she said: “We are pleased that the current board and executives are acting on the recommendations and outcomes of the various investigations that pronounced on the SABC‚ specifically the public protector‚ the special investigative unit and parliamentary inquiry reports.”