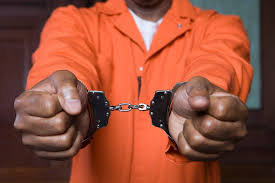 According to Correctional services minister Michael Masutha, it costs an estimated R133,805.35 to house one prisoner per annum, but an old age pensioner only gets a shocking R21 600.00 per annum.

The Judge has sentenced Sebenzile Simane to 173 years in prison for the brutal attack on the Hackney farm and he will be eligible to apply for parole after 25 years, therefore, costing the taxpayer R3,345,133.75 million.

The 32-year-old man convicted on 17 counts, including two of rape and four of attempted murder, was sentenced to an effective life term of imprisonment in the Port Elizabeth High Court on Thursday.

Handing down sentencing, acting Judge Olav Ronaasen said he found no compelling or substantial circumstances to deviate from the minimum prescribed sentences when he sentenced Sebenzile Simane to a total of 173 years for the crimes he committed in February and March 2018.

Simane attacked a 45-year-old businesswoman and her three young children on their farm near Hankey on March 23, 2018.

During the four-hour harrowing ordeal, Simane had shot, raped the woman twice, forced her 12-year-old daughter to watch and had tied the family up with fence wire.

In the February incident, Simane had robbed a woman in her house on a farm near Patensie after attacking her with a knife.