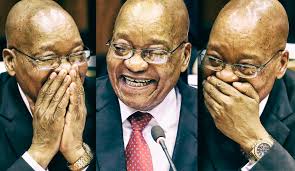 Although Jacob Zuma has resigned from his position as president he still enjoys numerous benefits from his presidential career. Briefly takes a look at how much the South African taxpayer forks out to pay for Jacob Z’s golden years.

Even though its been months since his resignation, Jacob Zuma is still very much present on the South African political scene, it seems. It’s been a busy time for the ex-president, with numerous court appearances and even rumours that he tried to overthrow his successor, Cyril Ramaphosa.

With Zuma still enjoying his time in the limelight one cannot help but wonder as to how much the taxpayer is contributing to the infamous legacy of our former president.

Briefly takes a closer look at what Msholozi costs the nation in his retirement:

Presidential pension Adding insult to injury the ex-presidents annual pension was increased in September to match the amount he had earned as president. He will receive R2.98 million every year, for the remainder of his days.

Vehicle Allowance According to a report by The South African, Zuma enjoys a vehicle allowance of R1.8 million. The report stated that the vehicle can be replaced after 5 years or 120 000km.

Free SAA flights, Even though Jacob Zuma is no longer in office, he still enjoys free flights anywhere in the country with South African Airways. Allegedly the ex-president’s flight bills can reach a six-figure number every year.

VIP protection, Evidently Zuma still enjoys the use of the Presidential Protection Unit during his retirement. The South African estimates that, with a single bodyguard costing R500 000 a year, that Zuma uses 1.5 million on his protection.

Medical aid, Inside Politics recently reported that Jacob has not settled for second best with his medical aid, estimating that he receives R1.3 million a year to make sure he remains in peak condition.

Miscellaneous, Other than the hefty bills mentioned above Zuma has also managed to have his legal fees covered by the state. If the DA and ANC is accurate the figure currently stands at around R17 Million. However the EFF disagrees on this amount, saying that R25 million had been spent on Tuesday.

If these estimates are accurate it bring the total bill of Zumas retirement to a staggering R6 million a year. Costing taxpayers this amount every year until the end of his days.