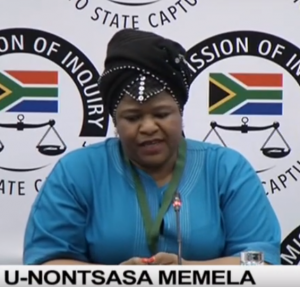 When Zuma said “corruption” is a European word, he meant corruption itself in African culture is normal & OK, it is just Europeans who choose to make it a bad thing. At SAA, like everywhere else, they did it #TheAfricanWay. The truth is, wide scale corruption was revealed at SAA before the Zondo commission. It seems wherever there was a black man or woman in charge of anything, there was theft, fraud & corruption.

Seems Zuma was telling the truth and it really does look like corruption is embedded in the African culture. Let us take the case of “Adv.” Nontsasa Memela, who was head of acquisition for SAA Technical (SAAT). Being African and not seeing anything wrong with corruption, she openly sat in front of the Zondo commission and lied. Like elsewhere, a lot of money was lost at SAA through corruption, bringing the entire enterprise to the brink.

The National Union of Metalworkers of SA (NUMSA) even warned SAA about the corruption but were ignored by SAA executives, so they took Nontsasa Memela and others to the Labour court, which found in their favor and ordered that the following executives must be suspended, pending an investigation into corruption: Former SAA acting CEO Mr. Musa Zwane; Mr. Chaile Makaleng, HOD Baseline Maintenance; Ms. Nontsasa Memela, HOD Procurement; and Ms. Princess Tshabalala who also in Procurement.

This Nontsasa Memela, who claims to have a Masters Law degree (LLB & LLB), claims there was a lack of ” transformation” with the suppliers of spare parts to SAAT. This is the crux of the scam, as there aren’t any pure black companies that have the technical knowledge and ability to manufacture and supply spare parts for aircraft? Spare parts can only be bought from a place like America. But a so called lack of “transformation” is the flimsy excuse used by black people like Memela to implement their #TheAfricanWay style of shenanigans, setting up and employing third party middleman companies, who are then attached to the real supplier in America in a joint venture.

The third party middleman is just a shell and does not have to have real experience or manufacture anything. They are the black cover or figleaf who can skim money off transactions and kick back to SAA executives. And this is exactly how it was. SAAT in 2016 awarded a contract to JM Aviation – the black figleaf – and AAR – the actual American supplier – to supply aircraft parts for 5 years. JM Aviation through its director, Vuyisile Ndzeku, then contributed R2, 5 million towards the building of Memela’s new house in Bedfordview. Ndzeku is also the owner of Swissport, who had another 2 tenders with SAAT. Shalk Human, who also worked at SAAT, testified on Thursday before the Zondo commission that this Swissport was appointed by SAA and SAAT to supply ground management services.

Until 2016 there was no contract signed. In 2016 a contract was signed with Swissport but there was no tender process followed. There was one particular very funny and corrupt transaction about which Human testified, he was not the one who implemented it, Memela and her fellow black executives did. SAA bought power units worth R 9 million from Swissport who then sold the same parts at half the price to JM Aviation.

Both companies of course had the same owner – Ndzeku, who was Memela’ s partner in BEE crime. JM Aviation then sold the power units back to Swissport who then rented it to the SAA. The guy in charge of SAAT at the time was Yakhe Kwinana. Another witness before the Zondo commission testified that Kwinana wanted bribe money paid to him in exchange for a tender worth R100 million for aircraft parts.

This case study shown on SAA just gives an insight into all government institutions and state owned enterprises, because this is how it went and still goes everywhere. And it is a fact that everywhere black Africans, with a smattering of Indian or coloured friends, were in charge because that is the ANC’s unwritten rule. In fact one has to wonder whether the Zondo Commission itself is not just another long term money spinner…

The tyranny of the black majority and their engagement in pervasive and mind numbing corruption just proves why the concept of multiculturalism failed so spectacularly in South Africa (and elsewhere). It could not work because it wasn’t a fair system. Blacks were in charge and that is that. Instead of black people using the chance to show everyone that they can be good and honest managers, they used the chance to show us how good they are at corruption. And this will not change anytime soon, not at least till the money runs out, which it won’t as long as white are supplying the money through their taxes… 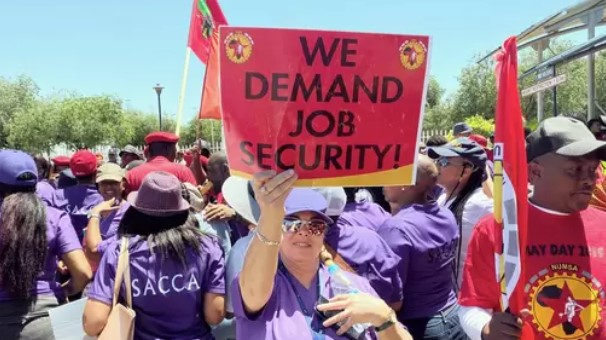