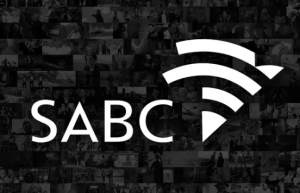 The SABC is in danger of experiencing a total broadcasting blackout due to its crippling debt and lack of relief funding, according to a report in the Sunday Times.

Speaking in an interview with the Sunday Times, SABC CEO Madoda Mxakwe said the public broadcaster is not able to pay its creditors and while the company’s application for a R6.8-billion bailout was approved, the funds have not yet arrived.

This means that if it is unable to secure sufficient funding, the SABC will be forced to cut its national broadcast due to the inability to continue operations.

“We never had a blackout before, but if the funding doesn’t come soon the possibility of a blackout is imminent,” Mxakwe said.

According to the report, the minister of communications said that government funding to help relieve state-owned enterprises would only be available from September, and a committee has been established to discuss the importance of providing a bailout to the SABC.

The SABC is currently supported through a government guarantee, which allows it to apply for loans through commercial banks despite its precarious financial position.

Mxakwe added that the SABC is also conducting internal investigations into the irregular promotion or appointment of 30 senior managers.

In addition to an inflated salary cost and allegations of mismanagement and corruption, the SABC has also noted an industry-wide decrease in advertising over the past 24 months, further straining the financial stability of the public broadcaster.

SABC Board
President Cyril Ramaphosa recently appointed eight new board members to fill the vacancies on the SABC board, giving the new members a mandate to secure the sustainability of the broadcaster.

Shortly after the appointment of these new board members, the SABC board terminated the contract of employment of its Chief Operations Officer, Chris Maroleng.

Maroleng was fired after the board found him guilty of breaching his fiduciary duties as well as negligence.

He said he would appeal the findings of the disciplinary committee in addition to appealing the decision by the board to fire him.

Due to its financial constraints, the SABC has been unable to pay its local musicians royalties, and has also struggled to pay its own employees.

The SABC owes over R248 million in royalties to various musicians and music organisations, including SAMRO and SAMPRA.

MyBroadband
This report does not necessarily reflects the opinion of SA-news.