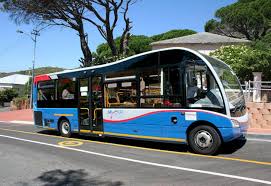 A unprotected strike by MyCiti bus drivers appeared to enter its second day on Tuesday as the bus service announced disruptions to several routes around Cape Town.

Around 200 protesting MyCiti employees at the Cape Town Civic centre had on Monday promised to continue with their strike if their demands for better pay and working conditions were not met.

“We are here because we are subjected to unfair labour practices in this structure of the MyCiti project,” Patrick Mabindisa, a bus driver and one of the leaders of the protest, said at the time.

“The City is not checking under what conditions we are working. The pressure is enormous,” he added.

Early on Tuesday morning, the MyCiti bus social media accounts announced: “Drivers are continuing with the illegal strike and service still disrupted. At this early stage it seems services will operate as was the case yesterday.

A commuter on MyCiti’s Facebook page raised his concerns about the safety of those drivers who were still working.

His post reads: “Good morning just took a bus from Table View and on arrival at the civic striking MyCiti workers approached the bus in full view of other commuters as well as metro police threatened the driver ‘if you don’t stop this then here will be murder’ in other words they threatening to the life of the driver…(sic)”

The peaceful protest on Monday was described as an “illegal or wildcat strike” by City of Cape Town mayoral committee member for transport and urban development, councillor Brett Herron.

“I am concerned about the illegal strike and the impact it has on commuters who are already taking strain due to the ailing rail service,” Herron said.

“I urge those who have embarked on this strike to use the structures and processes in place to address any grievances or concerns they may have with their employment,” he added.