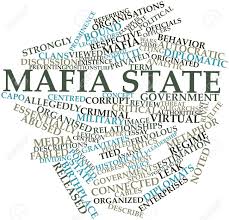 There is no longer a crystal-clear difference between the current state of our democracy and the telltale signs of a mafia state.

That, in its essence, is the nexus insight from Jacques Pauw’s new book, The President’s Keepers, which is why the responses from various parts of the ANC-led government and state are as hysterical as they continue to be.

The first interesting observation about the narrative in The President’s Keepers is that the Gupta family does not have a prominent role in it. This is crucial because it suggests that most of the biggest looters in the state are homegrown, rather than foreign nationals who came here to prey on a broken society that is trying to construct a new, cohesive social order.

The evidence of the State Security Agency sucking the taxpayer dry to the tune of about R1-billion shows that even, if Jacob Zuma left the political stage tomorrow, we would still have a rotten, uncaring and seriously broken state. These thieves are not from India. They are South African.

Instead of thinking of corruption as having one epicentre, we need to come to terms with the horror that corruption in South Africa is a multipolar reality with many different focal points in a series of overlapping circles of theft.

In fact, many of the president’s keepers have stolen more from us than the Guptas and the Zuma family have. They are under the radar. Or, rather, they have been under the radar until now. They will not take kindly to being exposed.

The descent to a mafia state has not begun. Rather, it is in full swing already and the granular details have been lifted to the surface courtesy of excellent investigative journalism, complementing the work of our best civil society organisations and the few oversight institutions that are not captured (yet).

There is no way to characterise the Zuma-led ANC state other than as anti-poor and anti-black. It is a deeply painful concession for us to now make to racists in our midst that — although our democracy could never be compared wholly to the apartheid state — there are continuities with the pre-1994 regime that undermine the foundations of our democracy.

The abuse of the security agency in order to cliff men and women at the South African Revenue Service who were obstacles to looting is a key part of Pauw’s exposé.

In clinical detail, he tells the story of how the president’s goons go about destroying the institutions that were exemplars of duty to country up until Zuma took over. That is not to say the Thabo Mbeki years were the gold standard of constitutionalism.

Yet, it is certainly true that under Zuma we have seen the erosion of our democratic institutions happening so much more furiously. It is a case of corruption and looting and thuggery on steroids right now.

This is not just for the economy. It is, in fact, an existential threat to us all. This is not a column I would have written even three years ago because one wants to believe the exceptionalism narrative about our democracy.

But, it is time to face up to the brutality of what we are already going through. We are not seeing a mere healthy contestation of ideas in our political discourse. We are seeing the pigs feeding furiously while coming after anyone who is perceived to be an obstacle.

Be afraid. Be very afraid. And then take that fear and turn it into collective planning and strategic co-operation with people you normally would not even speak to.

It is time for citizens to put differences on hold and focus on the more urgent collective goal of pushing back against our mafia state.