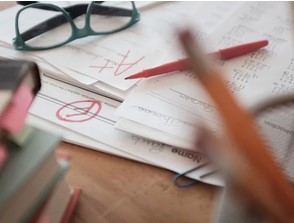 The Colleges of Medicine of South Africa (CMSA) says it is hoping that an investigation aimed at establishing why so many students failed the recent Fellowship of the College of Surgeons (FCS) exams will be wrapped up before the end of the year.

The CMSA started the investigation after only 15 of the 46 candidates who wrote the exam passed.

Only candidates from the Sefako Makgatho Health Sciences University, University of KwaZulu-Natal (UKZN) and Stellenbosch University had passed.

“We are concerned about the low pass rate – 44% – but we have instituted an investigation to look at the challenges students faced in the run up to the exams,” said CMSA president Dr Flavia Senkubuge.

She said an internal moderation was conducted and students said it was a “fair paper”.

The University of the Free State Medical School said it was providing emotional and other support for their students, spokesperson Lacea Loader told News24.

Loader said in a statement they also encouraged their students to make use of all available formal appeal processes.

“At this point, the university is unable to draw firm conclusions regarding the reasons for the high failure rate of not only its surgical registrars, but also of those at universities across the country,” said Loader.

Senkubuge said the exam was a two-part process and that the final part was in the form of an oral exam between October 14 and 18. The problem, however, is that if a candidate fails the first written exam, they are not invited for the oral exam.

Asked whether the second part of the exam should be suspended pending the outcome of the investigation, Senkubuge said that would be tantamount to pre-empting the outcomes.

“We appeal to people with proof of these allegations to come forward. We welcome any proof that will assist on our investigation.”