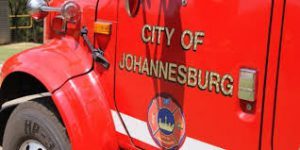 Claims that the DA are doing belter in managing their cities than the ANC are proven wrong.

After the devastating fire that occurred in the Johannesburg city center, it became clear that it is not only the ANC who fails to maintain essential equipment.

The DA mayor of Johannesburg, Herman Mashaba, had to admit that the city council actually needed 105 fire trucks, but currently only have 15. He further acknowledged that of the 15 trucs, only seven are in proper working condition. The other eight were therefore not maintained by the DA-controlled council.