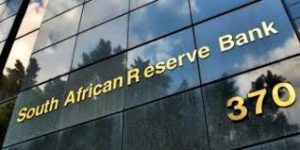 A review of the SA Reserve Bank mandate features in the ANC’s election manifesto, which brushes off the push for nationalisation, but instead drives for a more flexible monetary policy.

At the party’s election manifesto launch in Durban on Saturday, the ANC finally elevated the debate to possible government policy, some years after the status of the Reserve Bank became a contentious subject within the party.

The commitment has placed an obligation on the ANC to implement the decision should it win the May general election.

The Reserve Bank is a public institution but it has an independent mandate.

Echoing the delegates at the party’s 2017 Nasrec national conference in Johannesburg, the ANC’s manifesto states the Reserve Bank should pursue a flexible monetary policy regime, aligned with the objectives of the party’s programmes.

This was to be done “without sacrificing the price stability, but redirecting monetary policy to take into account other socioeconomic objectives, such as employment creation and economic growth”.

At the Nasrec conference delegates said it was “a historical anomaly that there are private shareholders of the Reserve Bank”, adding that it should be 100% owned by the state.

They urged government to “develop a proposal to ensure full public ownership in a manner that does not benefit private shareholder speculators”.

Last year, three months after the conference, Parliament was set to debate the nationalisation of the Reserve Bank as per the conference resolution to “develop a proposal to ensure full public ownership in a manner that does not benefit private shareholder speculators”.

Then finance minister Nhlanhla Nene reportedly intervened to block the debate and it was removed from the agenda, citing a visit by rating agencies that following week.

An ANC national executive committee (NEC) member said the party had been cornered into taking the nationalisation position at its Nasrec conference.

“You must remember that conference is a highly contested space and so decisions are made within that environment. If you look back at ANC resolutions, not all of them get to be implemented by government.”

The NEC member said: “The reality is that you cannot take such a decision and implement it overnight when such an important and crucial institution is involved. Remember there are many players involved, there are people who have shares and so on in the Reserve Bank. What are we then saying must happen to that investment? What are you saying to investors in general? You would be collapsing them; so it is something that must take place gradually and not all at once.”

SA Communist Party (SACP) second deputy general secretary Solly Mapaila said it was always worrying that “the isolated and single-minded mandate of the Reserve Bank was a limitation to many other possible interventions”.

He said: “Given that the Reserve Bank plays such a critical role in the economy, it is important that it is also worried about the general conditions of employment and economic growth.

“It should intervene to enhance economic growth and employability of South Africans rather than leave it in the hands of the markets. Therefore this is a major policy intervention.”

He noted that some years back a policy review statement of the Treasury expanded the Reserve Bank’s mandate, “but there has been lack of political will and capacity to implement this particular mandate”.

“The role of the Reserve Bank, in consultation with the governor, should not just be limited to price stability and inflation control. It should also look into other categories, including employment, and that has not been done.”

Now that it had been put into the manifesto, said Mapaila, “it will surely be elevated and it will be a matter of priority. Then we can use the Reserve Bank also as a tool to enhance the employability of South Africans and grow the economy.”

However, he said, the proposal to nationalise the Reserve Bank needed to be thoroughly interrogated and not simply implemented for the sake of it.

But union federation Cosatu president Zingiswa Losi said the focus of the Reserve Bank was “more on business interests, in layman’s terms, as opposed to being about the economy itself and its ability to create jobs”.

“It cannot be about the interest rate going up all the time. When that interest is up, it has a direct and negative effect on ordinary people.”

She said: “It must be people-driven; it must be central to the people of this country. So it must talk to the economy that must be able to grow and create employment but at the same time, if you are going to talk about the growth of the economy, you can’t separate it from job creation.”

Losi said the manifesto position on the Reserve Bank was a “little deviation” and more work needed to be done to persuade the ANC on the matter.

She said: “We may have to still engage the ANC based on this which is a little deviation on the ANC Nasrec resolution but, further to that, based on our own mandate as a federation.”

The deviation was a concern “but we can still engage on this issue. Hence I say that critically, it is about that mandate because it can be nationalised but still the mandate remains the same”.