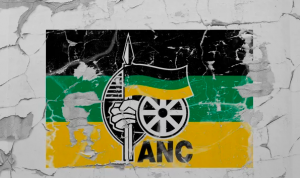 Well-known economist Mike Schussler has warned that the ANC wants to use your pension money to fund bankrupt state-owned enterprises like Eskom and SAA.

Speaking on The Big Liberty Show, Schussler said the planned prescribed assets policy will give politicians control of pension funds and where this money is invested.

The policy of prescribed assets was introduced in the ANC’s 2019 election manifesto where it states it will:

In simple terms, it means that financial institutions will be forced to invest a certain percentage of their assets in certain sectors or companies prescribed by the government.

Warning from fund managers
Sygnia CEO Magda Wierzycka said prescribed assets are a blunt instrument and that the ANC has only engaged minimally with the asset management industry about the plan.

She said while it can fill the immediate gap in the funding of bankrupt SOEs, it will also divert investments away from the funding of corporates that create jobs and contribute to growing the economy.

“It will also affect the revenue derived from the taxation of such corporates, so what is taken to fill one bucket empties another,” said Wierzycka.

He added that a prescribed assets policy will drive away international investment as investing in local assets will result in suboptimal returns.

He said the government will have the ability the invest people’s pension money into failing companies like Eskom and SAA, which can result in big losses.

He added that the prescribed assets will be misused by the ANC government in the name of things like black economic empowerment (BEE) and development.

“Prescribed assets is a very dangerous thing for people, and I think young people do not always realise it,” he said.

My Broadband / 2019-07-22
This report does not necessarily reflects the opinion of SA-news.