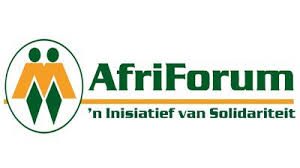 According to AfriForum, the African National Congress fooled white South Africans in 1994.

According to activist group, AfriForum, the ANC fooled white South Africans in 1994. The government’s plans to expropriate land without compensation apparently proves this claim according to the group.

Kallie Kriel, AfriForum’s CEO, stated that the ruling party made a promise to protect the property, languages, and culture of white people in 1994. The Citizen reports that Kriel said plans to expropriate without compensation is breaking this promise and the ANC is violating human rights.

Minorities agreed to hand over political power in return for protection of their languages, culture and property. If this changes, it is a breach of the agreement and will lead to lack of trust between the minority and the ANC.

Kriel added that they take the promise very seriously and will fight ‘to the bitter end’ to make sure the ANC keeps its promise.

Kriel was addressing a crowd in Pretoria at an urgently convened seminar that was hosted by business organisation Sakeliga. Quite a number of organisations are opposed to the plans of amending the Constitution and met at the seminar.

Those present included the Congress of The People, the Democratic Alliance, Freedom Front Plus, AfrikanerBond, and the Free Market Foundation. COPE’s leader, Mosiuoa Lekota, said President Ramaphosa broke his oath of office to uphold, obey and maintain the Constitution.

He took an oath of office and the following day, he announced from parliament that he was going to take some people’s properties to give it to what he calls ‘our people’.