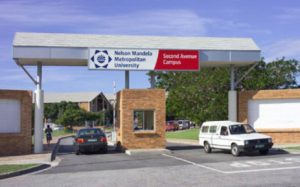 The Nelson Mandela University in Port Elizabeth has suspended lectures yesterday due to student protests. Protesters blocked off the entrances to the campus with tyres and debris over a lack of security. The students said there has been a high rate of crime on campus including rape and violent assault.

There were also reports of clashes with security guards.

The university’s Zandile Mbalela said: “As a precautionary measure against the possible escalation of matters, the university then took a decision to temporarily suspend, until further notice, physical lectures. We encourage our lecturers and students to continue the learning and teaching mandate using alternative platforms.”