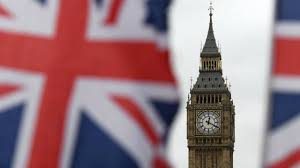 With just a few days left until South Africans visit the polls for the 2019 Elections, it seems all the final preparations aren’t just being carried out in Mzansi. The British government (UK Foreign Office) have updated their travel advice for any citizens who are visiting our country over the next week or so.

Travel advise for South Africa ahead of the 2019 Elections
The Foreign Office last updated their travel advice for SA in 2018, when multiple explosive devices were found across Durban. They were believed to be linked to the Verulam Mosque Attack, which forced government officials in the UK to issue a safety warning.

However, things are perhaps a little milder this time around. The website – which carries travel advice for more than 200 other countries – now features a section about the 2019 Elections.

They warn that protests are likely to flare up in both the run-up to the election, and the days immediately after it. Their words of wisdom tell British tourists to stay clear of areas where demonstrations kick-off:

UKFO statement
UK Foreign Office warns of “protest action”
One of the most enduring images of the campaign trail for the 2019 Elections came from the township of Alexandra in Gauteng. Residents led to mass protests against a housing crisis and the poor service delivery which blights the area. The marches were so vociferous, they ended up getting the attention of President Cyril Ramaphosa.

Similar scenes have also played out in the Western Cape and Durban. Usually, a general election brings with it the hopes of change. But disgruntled South Africans are feeling less satisfied with their living conditions.

The UK Foreign Office has previously advised tourists to avoid the Berea and Hillbrow neighborhoods of Johannesburg, as well as the Rotunda bus terminus in the Central Business District. It’s also worth noting that Zululand, Northern KZN and the roads to Kruger Park have been identified as “hijacking hot-spots” on their page.