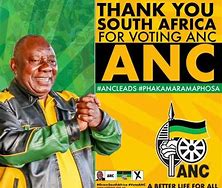 It’s official: the South African state is bankrupt. President Cyril Ramaphosa confirmed it three weeks ago when he responded to questions in parliament.

Ramaphosa’s exact words were: “Our resources are now depleted.”

In simple terms, this means the government has run out of money.

In a normal country, such a statement by the head of state would have, at best, made national headlines. That it went unnoticed reveals a great deal about our journalists’ obsession with the fluff that constitutes the vacuity of our daily politics.

If you want to understand what it means for a state to run out of money, look at South African Express. It has grounded its planes. Last week, it told MPs it is struggling to pay salaries.

SA Express is not unique. Employees at Denel are not sure for how long their salaries will be paid. Eskom pays salaries from debt. It needs about R70bn for operations and debts. But its revenue is about R30bn.

Those who work for government departments must not think that their salaries are safe either. After state-owned companies have been bankrupted, the rot is coming their way. When Zimbabwe collapsed, the financial mess eventually reached nurses and teachers.

A collapsing banana republic protects its security forces from salary shortages because politicians know that if they are not paid, the police and the army can use their guns to extract rent from citizens.

There was a time in the last days of Robert Mugabe’s regime when there were roadblocks across the country, where citizens were expected to pay bribes to the police for every nonsensical small thing. Even today, the police in Zimbabwe are still bribe collectors

Now that South Africa has run out of money, what’s next? Ramaphosa says we must begin discussing the use of pension funds to finance “developmental needs”. That is all fancy talk. His call is simple: now that the ANC comrades have looted the state to its knees, he wants them to raid the pension of teachers, nurses, cleaners and other workers.

If you are a police officer, prison warder or soldier, Ramaphosa says the money you have worked hard for and saved must be used to finance what he calls “developmental needs”.

“Developmental needs” include rescuing the ailing Eskom. If workers allow that to happen, they will live to regret it in their old age.

What we know is that the ANC and its government cannot run any budget without stealing. Everything they touch turns to dust.

Truth be told, we are where we are now because ANC cadres in the government have been looting public money. Anyone who tells you a different story is a liar.

The most shocking thing is that the organisation that is supposed to protect workers, Cosatu, agrees with Ramaphosa that ANC comrades in government must begin looting pensions.

Cosatu says it is better to raid workers’ pensions than go to the International Monetary Fund. The assumption is that the pensions will not be exhausted. The truth is they can. When they are finished, just as ANC cadres looted the state until it collapsed, the IMF will not be avoided.

In The Communist Manifesto, Karl Marx and Frederick Engels urged workers of the world to unite.

This is the time for real trade unions to call for all workers to unite, for they have nothing to lose except their hard-earned pensions.

In our post-modern information economy, Marxism is helpful mainly as a tool for analysts.

In South Africa today, we can use it to understand how parasitic forces in the private sphere use the state to loot national resources in the name of “developmental needs”. Look at Medupi and Kusile to grasp the scale.

The greatest problem facing South Africa today is not a lack of money. It is the looting of money by a symbiosis of private parasites and venal politicians who run our state.

That is why you will not fix the state before you fix our rotten politics.