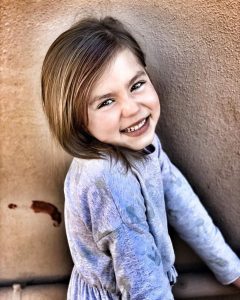 A fifty-year-old man and two women described by police as the protagonists in Monday’s kidnapping drama of 6-year-old Amy-Leigh de Jager were arrested at their homes in Vanderbijlpark on Wednesday, September 4, around midnight.

Amy-Leigh was grabbed from school by her mother, Angeline, just after 7:15 a.m. Monday morning, and kidnapped by four men in a Toyota Fortuner with darkened panes. She was found crying along the road at the Shakespeare Inn in Faraday Boulevard, Vanderbijlpark, on Tuesday, September 3, by a man and a woman.

A teacher at College Park Primary School in Vanderbijlpark is reportedly one of three suspects arrested in connection with the kidnapping of Amy.

Police did not want to respond to allegations by Wednesday afternoon that the elementary school teacher – who is believed to be a good friend of the family – was involved in the kidnapping.

This despite the fact that the College Park Primary School confirmed the news in a statement on Wednesday afternoon.

Andries Pienaar, chair of the school governing body, says the teacher in question is not Amy’Leigh’s guardian teacher. The school confirmed that it cooperates with police and will issue a full statement as soon as the suspects appear in court.

National Police spokesperson Vishnu Naidoo said the three suspects, who in addition to the alleged teacher also included a 40-year-old woman and a 50-year-old man, will appear in the magistrate’s court this Monday, and not Friday in Vanderbijlpark.

The FF Plus shares the joy of finding little Amy’Leigh de Jager (6) from Vanderbijlpark, but finds it disturbing that people who might have helped to keep her safe were involved.

“The audacity and cruelty associated with the kidnapping can under no circumstances be excused. The FF Plus demands the highest punishment for everyone involved,” says Kobus Hoffman, FF Plus LPW in the Gauteng legislature.

Police are still searching for suspects who were also involved in the kidnapping and may be pursuing arrests.