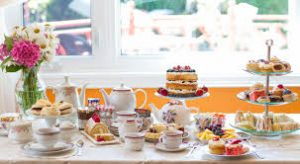 As rumours swirl that Nhlanhla Nene may have had an untoward business relationship with the Gupta family, the finance minister has denied any such claim but has admitted that he did have meetings with the family during his tenure as deputy minister.

Nene told the state capture commission on Wednesday morning that he had met with the Guptas four times between 2010 and 2013. He also said that there had been one other meeting in 2014, where Ajay Gupta attempted to extract information from him.

He could not name the exact dates of the meetings, but confirmed that they had occurred at both the family’s Saxonwold compound and its Sahara Computers headquarters in Midrand.

The meetings, he said, were “almost like a PR exercise” where the Guptas denied they had business with the government and attempted to promote themselves as good corporate citizens.

His statement during highly anticipated testimony on Wednesday contradicted earlier claims he had made in an interview with eNCA’s Siphamandla Goge in April 2016, where Nene denied having “an engagement” with the family.

“Look, I bumped into them in pub gatherings once or twice, but I never had an engagement and I’ve never been asked by them to do anything for them,” Nene said during the interview (at the 7:47 mark in the below video).

On Wednesday, Nene said he had visited Saxonwold for “tea” and that he saw “no harm” in meeting with the Gupta family.