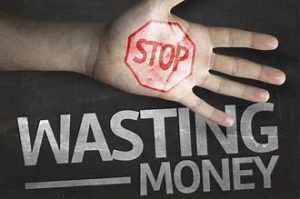 “The goose that lays the golden eggs and who has to pay for the ANC’s failures – the taxpayer – can no longer,” says Wouter Wessels, FF Plus MP and chief spokesperson for finance.

“It is also not necessary for anyone to attend the Standing Committee on Budgets to see that the country is in big trouble because of the ANC’s wrong priorities over 25 years. The ANC has allowed public enterprises, departments and all levels of government being looted without any consequences whatsoever.

“The ANC itself admits the problems arose because of a lack of ability. This deficit is the ANC’s own making as the wrong people were appointed over 25 years, people who were not interested in working.”

“The adjustment budget is aimed at cutting spending, but it’s already too late for that.

An example of the ANC’s wastage is how Jackson Mthembu, the ANC’s then MEC for roads and transport in Mpumalanga, said in 1997 that the purchase of BMW cars for his provincial department was important as he is a ‘leader in his community’ and he cannot be expected to drive around with a “1600” car.

“The South African public is suffering because of this attitude. Big business is bankrupt and the rural economy is on its knees due to a lack of economic development and infrastructure collapsing.

“As far as Eskom is concerned, it is shocking that the Department of Public Enterprises, which is supposed to conduct an overview of the power supply, itself has R13,2 million of outstanding debt to Eskom.

“This is unacceptable. The government owes money to itself and does not pay its outstanding debts. That is why the fiscal is bankrupt and the situation will not improve as long as the ANC rules,” says Wessels.