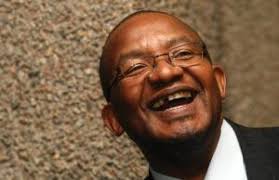 SAA, bankrupted after years of mismanagement and corruption, has named former prosecutions boss Vusi Pikoli as its chief risk and compliance officer as part of an effort to clean up governance at the airline.

Pikoli is currently an adviser to the state security minister and was suspended as NPA boss by Thabo Mbeki in 2007.

Vusi Pikoli has been appointed by SAA as the head of their risk and compliance department. He is currently the state security adviser to Minister Dipuo Letsatsi-Duba.

Pikoli was suspended by Thabo Mbeki in 2007 due to an insurmountable break in working relationships between him and the Justice Minister.

In 2009, parliament dismissed Pikoli and, according to SAA, the appointment was aimed at strengthening executive management in their work.