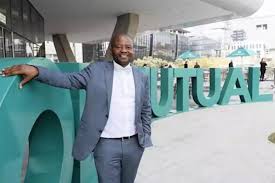 The battle between Old Mutual and its CEO, Peter Moyo, is still ongoing, and now the company has taken further action against him.

Old Mutual, which is currently under pressure from its shareholders, has indicated that a second notice of dismissal has been sent to the CEO.

This was done in the midst of a ruling in the Johannesburg High Court that Peter Moyo should be re-employed again until a disciplinary hearing was held.

The company dismissed Moyo without first holding a disciplinary hearing, and now the insurance giant appears to be failing to comply with the court’s finding.

Moyo was fired by the board in June and he took the company to court to demand his re-appointment. The court ruled in his favor that he should be re-appointed because the proper procedure was not followed and because the judge was unconvinced of Old Mutual’s true motive.

Old Mutual has dismissed Moyo for their concern over his share in declaring a dividend from a company of which it is a director, NMT Capital. The dividend was declared while the company owed money to Old Mutual. This was a violation of Old Mutual’s preference share agreement with the company.

Moyo or trusts of which he is a beneficiary received dividends of R30,6 million. He also never made that decision with the subcommittee of the board that oversaw his relationship with NMT. Old Mutual explains that since they notified Moyo in June, events have taken place that made it clear that a working relationship with him would be untenable and informed him that his employment would be terminated. According to the company, Moyo made numerous statements in court and to the media that are wrong and defamatory.

In a letter to shareholders, Old Mutual says the possibility of an employer attitude to re-employ the employee does not exist at all.