Not too many white South Africans still living in the euphemistically named “Rainbow Nation” have the courage to speak out against the daily torture and murder of whites. Many are also suffering under the host of draconian ANC government enforced laws designed to withhold work opportunities and a range of social services from the beleaguered white minority.

Singers, Sunette Bridges and Steve Hofmeyr and owner of the news website praag.org, Dan Roodt are under attack again for their efforts to bring the situation to the attention of the outside world. The three are now being taken to the “equality court” by a number of co-plaintiffs claiming incidents including sexism, racism, hate speech, homophobia and incitement to violence.

Bridges and Hofmeyr use social media to highlight the problem and together with Roodt they have been extensively involved in Red October, an annual worldwide peaceful protest event, created by Bridges.

Hofmeyr has also attracted recent negative publicity by singing the original Afrikaans national anthem at some of his shows. Although a portion of the Afrikaans anthem is part of the new South African anthem, his singing the anthem is now being touted as inflammatory. The latest complaint against Hofmeyr concerns semantics over a comment he made about who actually invented Apartheid. He has consistently insisted that he is not a racist but “has made fact based observations about racial issues”.

Sunette Bridges publicizes a continually updated list of murdered whites with a note of victims’ ages and any accompanying torture. This in itself is annoying officials and ANC supporters as these deaths are generally unreported. Bridges’ reports and comments are in Afrikaans and she mostly limits her negativity to referring to the murderers as “barbarians”. However, the horrific nature of the murders often attracts some unsavory comments from people who are frustrated and disgusted at the ongoing situation.

The allegations against Ms Bridges are that she “facilitated and condoned the posting of racially motivated hate speech on her Facebook, and other electronic media pages, as she failed to take action against or remove offensive statements made by her followers and fans.”

In reality, the Facebook comments by her supporters have been mild compared to those made by numerous government employees who openly call for the torture and murder of whites on their pages. There are also a number of incidents filmed on cell phones involving SA police screaming racist abuse at whites.

Dr Dan Roodt’s site, praag.org has news and commentary in English and Afrikaans on South African and international matters. He has been the victim of an ongoing hate campaign for some time and in November 2013 Google suddenly suspended all advertising on the Afrikaans pages on his site. The official excuse was that “Afrikaans is not a recognized advertising language”. A Google spokesperson admitted that the answer may lie in the AdSense policy related to hate speech which states that sites with Google ads may not include or link to hate speech.

Seemingly, presenting facts about South Africa – even without embellishment – is now internationally recognized as hate speech.

These charges are in stark contrast to a complaint which was rejected by the SA Human Rights Commission which reached a finding that statements made by activists and political figures such as ‘Kill the Boer, Kill the Farmer’ fall within the category of the freedom of expression and do not constitute hate speech.

With an average of 45 murders per day, South Africa’s murder rate is one of the highest in the world and the murder rate of white farmers is far higher with a noticeable spike when the “Kill the Boer, Kill the Farmer” song is sung. Since the ANC took over, 19 years ago more than 4,000 white farmers – 210 per year have been murdered by blacks. This is bad enough but the distinguishing feature of these murders is the high level extreme cruelty and sadism that is hard to even comprehend. Torture includes skinning victims, drowning children in boiling water and torture that can last for days. No one is spared, not even the family pets. This treatment, although prevalent in farm attacks, also takes place in other settings and killing people with hot irons, putting broken bottles up vaginas of the elderly and hacking body parts off live victims is fairly common. The media rarely reports on these murders and when they do, there is no detail.

The ANC Government has consistently denied there is a problem, but the subject was specifically addressed by Dr. Gregory Stanton, Founding President of Genocide Watch, at a press conference at the Transvaal Agricultural Union in Pretoria on December 5.

Dr. Stanton doesn’t have a racial axe to grind. He was deeply involved in the Civil Rights Movement in the United States and worked against Apartheid with the United Democratic Front in 1989 – 1990 as a Fulbright Professor of Law at the University of Swaziland. Dr Stanton made his first research trip to South Africa in 2012 and saw the situation for himself. Genocide Watch became the first international human rights organization to protest the murders and hate crimes committed against farmers in South Africa. At his recent trip he noted that hate crimes against Afrikaner farmers have not declined and he warned that early warnings of genocide are still deep in South African society.

(Genocide is intended to signify a coordinated plan of different actions aiming at the destruction of essential foundations of the life of national groups, with the aim of annihilating the groups themselves. The objectives of such a plan would be the disintegration of the political and social institutions, of culture, language, national feelings, religion, and the economic existence of national groups, and the destruction of the personal security, liberty, health, dignity, and even the lives of the individuals belonging to such groups.)

As the efforts of people like Sunette Bridges, Dan Roodt, Steve Hofmeyr, long time off-shore campaigner, Adriana Stuijt and a handful of others are starting to have an effect, the denials and anger is mounting. However, global recognition of the truth is taking hold, albeit slowly. At the end of November Pieter Mulder, leader of the Freedom Front Plus political party representing mainly Afrikaans speaking whites, was afforded an opportunity to address the United Nations Human Rights Commission Forum in Geneva, Switzerland. The commission’s theme for the year was “Preventing and addressing violence and atrocities targeted against minorities” and Mulder made four presentations highlighting the problems faced by the Afrikaner minority. He urged the forum to “recommend that the UN General Secretary initiate a full investigation to pressurize the SA government to immediately implement effective measures to put an end to these atrocities”.

Not surprisingly the South African diplomat at the UN attacked the UN because it had given members of a minority the opportunity to address the Forum on Minorities! 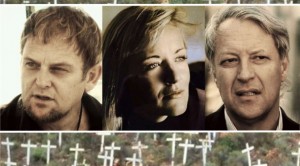 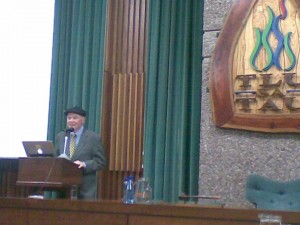 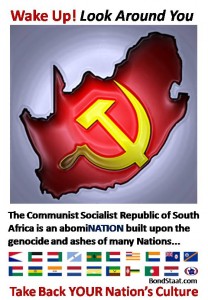